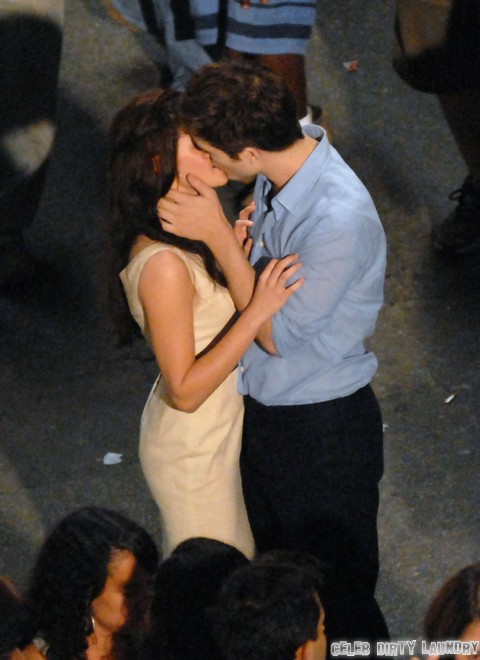 Robert Pattinson and Kristen Stewart have been officially broken up for more than a year now, but that really doesn’t mean anything in Hollywood. Couples break up and get back together without the press ever finding out, and we already know that Rob and Kristen are still in touch, by Rob’s own admission. We also know that they’ve even met after breaking up, having been photographed together last fall.

They seemed to have learned their lesson since then, and they’ve figured out a way to avoid the paparazzi during their rumored hook-up sessions. Of course, this doesn’t necessarily mean they’re dating, just that they still have feelings for each other. We’ve heard enough times that Kristen still wants to get back together with Rob, but he’s afraid of getting his heart broken again and can’t trust Kristen after what she did. The decision to break up was entirely on Rob, and he’s been taking advantage of his single status by hooking up with a plethora of different women. But through all this, he and Kristen have always maintained contact, in more ways than one.

Sources tell us that even though Rob and Kristen were supposed to meet at Cannes, the intense media interest soured them on that idea. They avoided meeting at the glitzy French festival, but have reportedly spent time since then. Apparently, both of them have agreed to keep their relationship casual for now, i.e. just having sex but with the choice of seeing other people. Granted, they’ll never be just friends because of the history between them, but it’s definitely a step on the right direction if they’re able to spend time together without arguing and fighting. Given time, is it possible that they’ll end up getting back together?