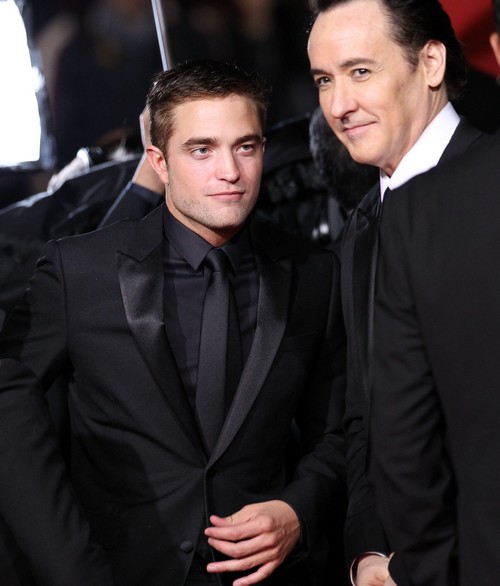 Robert Pattinson set the Internet on fire when he admitted that he was still in touch with his on-again/off-again girlfriend, Kristen Stewart. The two have always had a tumultuous relationship, but the big question is why Rob would stay in touch with Kristen if he no longer wants to see her?

You could argue that the two are staying in touch because they want to remain friends, but let’s look at the likelihood of that possibility, shall we? Kristen cheated on him with her married director, and then she humiliated him by admitting it to the whole world – and mentioning him by name in her apology! She begged and pleaded for another chance, and fine, he took her back. They still had to do promotion for the last Twilight movie at that point, so it made sense.

But then, flash forward a few months later, and they had once again broken up – and this time, permanently. Or so they claimed. But then the summer passed, and the duo were once again spotted together in October, taking great pains to avoid the paparazzi. Why bother hiding if there’s nothing to hide? They claimed they were just friends, but do friends have clandestine meetings in the dark? We’ve seen high-profile exes stay friends before without causing such a scene, so what was different in this case?

Well, we’ve been hearing over and over again about how Rob and Kristen have always been hooking up on the down-low, without drawing any attention to themselves. It was by no means an exclusive situation, and Rob’s been free to date whoever he wishes – something he’s definitely taken advantage of. But the two have always strayed back to each other in the end, and even if they avoided the spotlight at Cannes [they knew they would be causing an international incident if they met up at the festival, and they wanted the focus to remain on their films], they’re reportedly planning on reverting to their casual ‘exes with  benefits’ situation once they returned to the States. Eventually, is it possible that we’ll actually see them back together for good? I wouldn’t rule out the possibility.