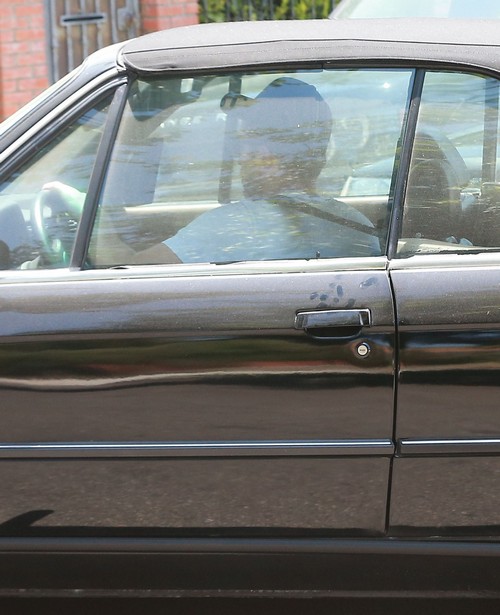 Robert Pattinson has been getting interviewed by a different outlet every day, all to promote The Rover. However, while he’s stayed mum on the topic of his love life [though he did let slip that he still kept in touch with ex-girlfriend Kristen Stewart], the interviewers are clearly still able to get the information they need. For example, The Telegraph discusses Rob’s love life at the end of its interview, and they confirm that Rob is dating Imogen Kerr.

The Telegraph’s exact quote is, “He is currently dating model Imogen Kerr although he politely declines to talk about his romantic life.”

Huh. Rob was photographed with Kerr in LA a couple of months ago, but the rumors about them dating quickly died down in favor of Robsten reunion stories. If Rob and Imogen are dating, then they’ve done one heck of a job hiding from the paparazzi and the media. Keep in mind, this is a guy that is relentlessly stalked by the paparazzi, and who can’t go anywhere in LA without being followed. But it seems that he’s devised new evasion tactics for avoiding attention, and in doing so, has managed to keep his new romance pretty undercover.

Now, we’re taking the Telegraph’s comments as confirmation that Rob is dating Imogen, but there’s always a possibility that they’re speculating. Yes, the Telegraph is not the Daily Fail or some other unreliable tabloid. They’re pretty legit, and considering that the information is tucked away in an interview and not a speculative piece, we’re guessing that either Rob or his team confirmed the relationship. And whether they did or not, you know the Twi-hards will be looking for any evidence that they’re making it up. They will never, ever give up on the idea of their beloved Robsten getting back together. Ever.