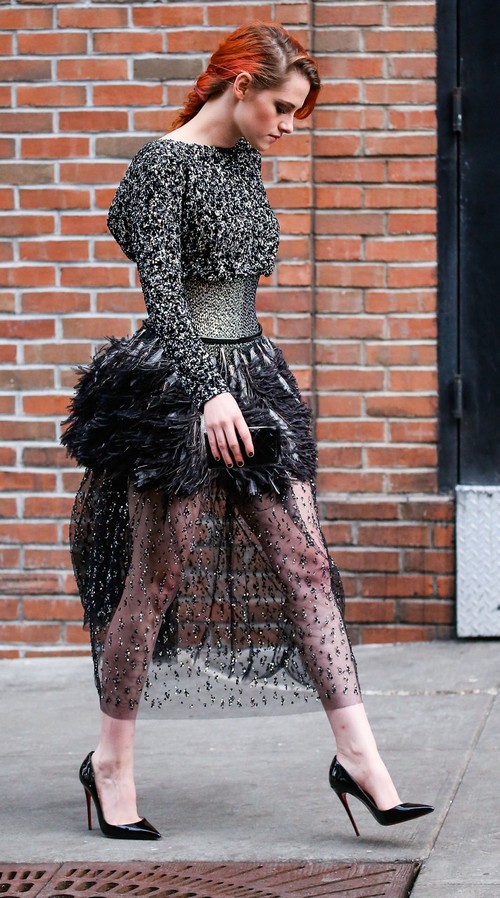 Robert Pattinson is dating yet another model who just happens to be friends with Kristen Stewart. At this rate, RPatz end up going out with every single one of KStew’s friends by the end of next year.

Look, I can’t blame Robert Pattinson for that. The thing is, most of Robert’s friends are back in England and when he moved out to LA after Twilight took off, he ended up becoming friends with most of Kristen Stewart’s friends. I mean, he hung out with her practically every day, so of course Robsten’s friendship circles overlapped.

However, even with that being said, it’s still too much of a coincidence that practically every girl that Robert has publicly rebounded with has been friends with Kristen. We get it, he wants to make her jealous. Or maybe he just has really bad tact. Either way, it’s gotten to the point where people are actually noticing, so it’s probably not the smartest thing to continue this trend, no?

Robert Pattinson’s latest relationship and/or fling is with a model named Imogen Ker, and according to US Weekly, she’s friends with Kristen. Although Rob reportedly met Imogen through Dakota Fanning, we shouldn’t forget that Dakota and Kristen are still BFFs, which means that they all run in the same circle. No doubt Kristen Stewart and Imogen actually know each other decently well, which will just end up making this situation even more awkward.

What will happen if Rob ends up bringing Imogen as a date to some social event, especially if Kristen’s also at that event? Or worse, what if Rob brings Imogen to Cannes? Yeah, they’re clearly in the very early stages of dating, but if he’s truly trying to make Kristen jealous, what better place than Cannes to do it? Honestly, I don’t think Rob would ever be that mean spirited, but I still wonder whether he knows what he’s doing by going out with Kristen’s friends – or is he just clueless and just hooking up with whoever shows interest?