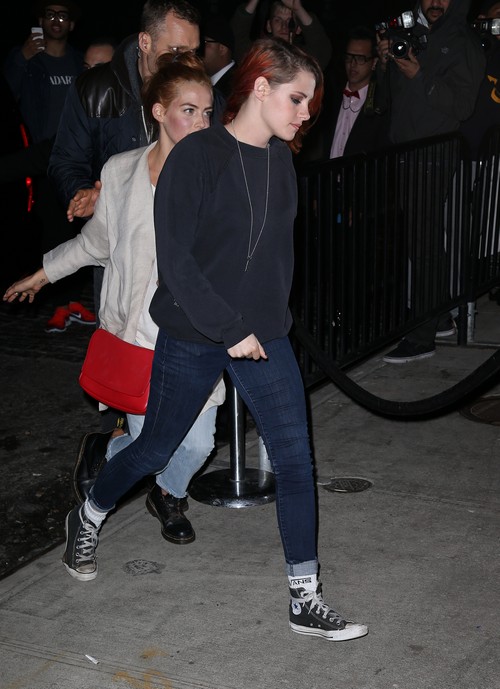 For all the stories that claimed that Kristen Stewart was furious at her BFF Riley Keough for hooking up with her ex-boyfriend, Robert Pattinson, does she really have any right to be angry? Everyone pretty much runs in the same circles in Hollywood, especially young Hollywood, and it’s not like Rob could go looking for some random hookup on the street. Plus, Kristen was the one who cheated on Rob, not the other way around. So when the tabloids were claiming that Kristen’s friendship with Riley was ruined over the Rob debacle, I always thought it was a gross exaggeration of the truth.

Kristen and Rob are set to see each other at the Cannes film festival, and if sources at the festival are right, Rob’s already planning to spend time with Kristen at the event. Instead of avoiding her, the former couple will be hanging out… and perhaps, more? Rob’s reportedly renting a private villa while he’s at the festival to ‘entertain’ guests, and considering Robsten’s history at Cannes, maybe the nostalgia and memories will be too powerful to resist?