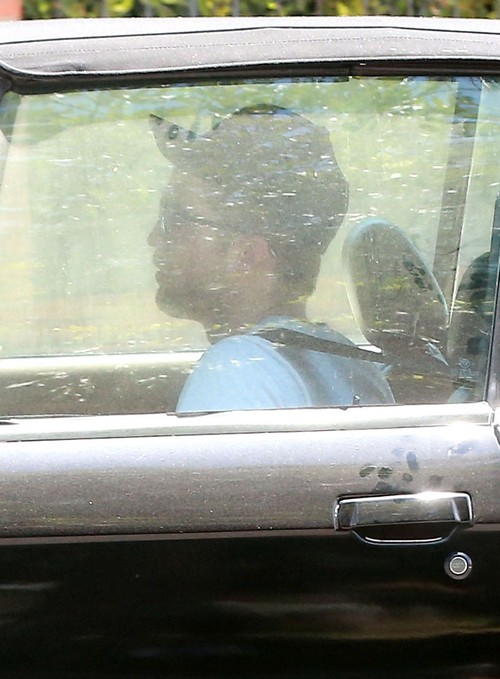 Robert Pattinson‘s interviews have become a lot less neurotic and a lot more entertaining over the past year. Unlike his attitude during promotion for Twilight, he seems more respectful of the industry at large, so perhaps that explains his affinity towards Los Angeles lately? Or we’ll just go with the Twi-hard version and say he’s missing LA because that’s where Kristen Stewart lives.

In a recent interview with the Telegraph, Rob mentioned that although he still goes home to England every once in a while, he’s starting to consider Los Angeles his home. He explains, “I spent two months in England last year which is the longest I’ve spent there in six years, which was nice, but I always go back to England at Christmas time and get so depressed that I’m glad to get back to Los Angeles. I’ve really grown to like L.A and I guess it’s my home at the moment.”

Well, staying in Los Angeles for several years in a row will do that to a person. Plus, it seems like Rob’s entire friend group has now shifted to Los Angeles, so of course he’s come to like the city. It’s interesting because most other [successful] young actors and actresses always complain about the city, but they clearly haven’t picked up the paparazzi evasion tactics that Rob has. Plus, if he really is back with Kristen, of course he won’t want to leave the city for a long time. Then again, Katy Perry also lives in Los Angeles, so maybe he’s missing her, not Kristen?

Ok, Twi-hards, sorry. Yes, Rob is in love with Kristen, and OF COURSE he’s missing LA because of her. I mean, there can’t possibly be anything else in the city that he could be missing, right? Like Imogen Kerr maybe?