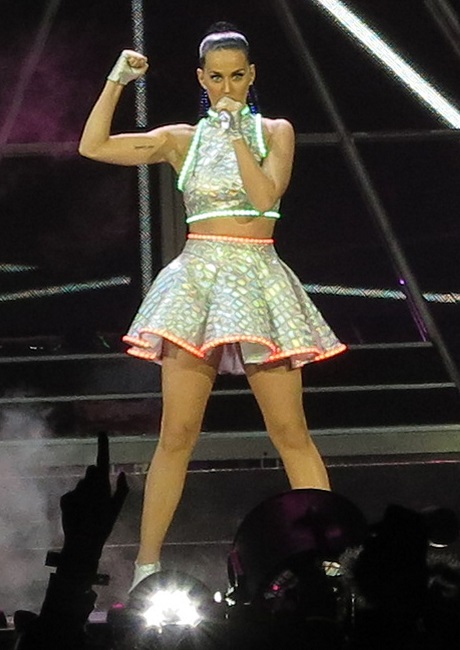 Katy Perry and Robert Pattinson are having a torrid affair, if the stories are true. No matter how many Twi-hards want Rob to get back together with Kristen Stewart, the prevailing story at the moment is that Katy and Rob are hooking up. They may not be dating, but they’re banging.

So, of course, OK! Magazine claims that Katy is about to slip up and get pregnant with Rob’s baby. Well, they actually allege that it doesn’t even have to be Rob’s baby, considering how many dudes Katy’s hooking up with right now.

A ‘source’ tells OK!, “Her friends fear her trysts may have bigger, more permanent implications. Several people in her crew are worried she might slip up and get pregnant. She certainly has plenty of potential baby daddies in the mix.”

You know, I never really thought about it this way, but perhaps the reason that Katy and Rob are so close is because they’re basically female and male versions of each other. They’re both fans of irreverent humor, they’re both very famous, and they both like to hook up with a lot of people when they’re not in serious relationships. Ok, I just realized I just described half of Hollywood, but it would certainly explain their attraction towards each other. Or, you know, they’re just really good looking.

Either way, OK! says that because Katy’s ‘dating’ Rob, Rob Ackroyd, and Diplo at the same time, she might get reckless and get pregnant. See, in tabloid world, hooking up with a bunch of dudes = possibility of getting pregnant. Actually, just wearing a loose t-shirt and eating too much for lunch means you’re pregnant, but sleeping around works just as well. But since we’re guessing that Katy has plenty of experience in this arena, she probably knows better than to be ‘reckless’ with any of the guys she’s hooking up with.

However, imagine Katy does get pregnant with Rob’s baby? How do you think Kristen Stewart would react to that? Not very well, I’d imagine. And then we can watch her try to one-up them by getting pregnant with Rupert Sanders‘ baby.