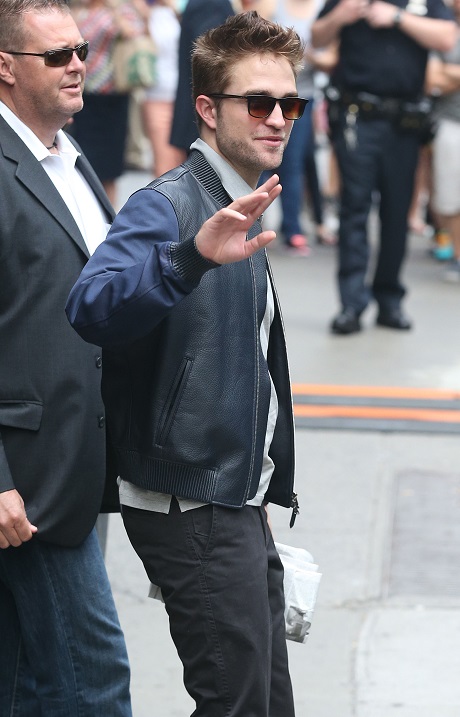 Look, Twi-hards, I want to help you. Really, I do. But at a certain point, you just have to face the facts and accept that Robert Pattinson and Kristen Stewart may never get back together. Unfortunately for Robsten fans, it really is starting to look like Rob has always harbored a secret crush on Katy Perry.

See, if some random tabloid was reporting on Rob’s relationship with Katy, I wouldn’t necessarily buy it. Sure, they’ve been really close for a very long time, but both of them have always maintained that they’re just friends. We gave them the benefit of the doubt for a while, despite many, MANY sources whispering that their friendship had grown into something more. But that being said, Katy’s always seemed to circle through a series of boyfriends after her divorce from Russell Brand, and Rob hasn’t been to shabby in the rebound department either.

In between all their breakups, the two would inexorably end up hanging out together, as ‘friends’ are inclined to do. But does a friend publicly tell other people that their other friend is ‘so f****** hot’? Rob and Katy were reportedly flirting very heavily at the afterparty for The Rover in LA. A witness who was present at the party tells Page Six, “They were heavily flirting. At one point, Robert sauntered to the bar with a pal and was heard saying, ‘She’s so [bleeping] hot,’ nodding in Katy’s direction.”

Yeah, they’re banging. And if they’re not banging, then they’re about to bang. There’s no way to misinterpret this kind of report, especially coming from a reputable source like Page Six. Besides, it seems like Rob’s tried to hook up with Katy for years, but he never had an ‘in’ until now. Or maybe Katy was just waiting for the stench of Twilight to wash off him before she decided to hook up with him. Whatever their relationship is, I doubt it’s exclusive, considering Katy’s whatever-it-is-relationship with Diplo as well.

Unfortunately [or fortunately], Kristen Stewart is still involved in this little triangle/quadrangle situation. She was best friends with Katy a few years ago, but you can bet that hasn’t lasted. I have a feeling that Kristen and Rob went through a breakup settlement for all their friends, and Rob ended up with Katy. Kristen has barely been spotted with Katy since the breakup, and sources say that she’s always known about Rob’s crush on Katy.

She never humored it before this because he was head over heels for her, but since that obviously isn’t the case anymore, she’s devastated. She has no right to be since she’s the one who cheated on Rob to begin with, but she’s nonetheless hurt that Rob keeps dating her friends – or ex-friends, in this particular situation. But the only thing she’ll be able to do is watch this relationship from the sidelines.

What do you guys think about Rob’s and Katy’s relationship? Let us know your thoughts in the comments below.