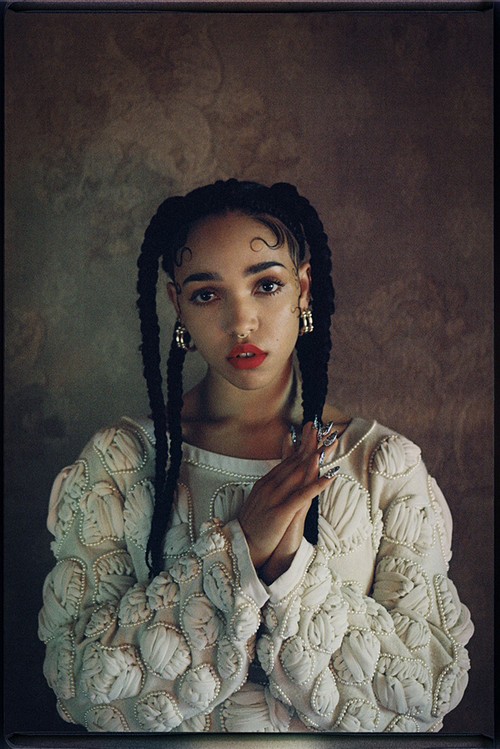 Robert Pattinson is dating FKA Twigs AKA Tahliah Barnett and has been for weeks! Did you hear that sound? It was one that was heard around the world, of hearts breaking and of dreams being crushed as Robert Pattinson is officially off the market, and his new ladylove is not former flame Kristen Stewart.

Robert Pattison has finally moved on from K-Stew and cut the Twilight ties as he has snagged himself a new lovely lass, singer FKA Twigs.  Multiple sources confirm the singer, real name Tahliah Barnett, began dating Rob about one month ago. The two have been enjoying quiet dates and just spending time together.  Neither want the spotlight on their budding romance just yet, so they were very careful to play it cool recently when walking in NYC, keeping a cool distance between themselves.

Rob’s new love is an English singer-songwriter, producer and dancer. The FKA part of her name stands for “formerly known as.” She is currently based in London, though she will likely starting racking up some frequent flyer miles so she can spend more time with Pattinson, most recently joining him in NYC.

Pattinson has not been in a high-profile relationship since he was with Stewart. Their relationship was off and on for a while after Stewart was famously caught cheating on Pattinson with her married Snow White and the Huntsman director, Rupert Sanders. Their affair also led to the breakup of Sanders’ marriage as well.

While Twilight fans everywhere had hoped for a happy ending, it seems they may not get their wish as Rob is happier than he has been in a very long time. He wanted a break from Stewart because he felt he’d never get over what she’d done to him. He has grown a lot and felt he needed to move on and be part of a healthier relationship. It seems he may have found that with Tahliah.

So CDLers…what do you think? Will they last or will Twihards get the last laugh with a Robsten reunion? Weight in below.