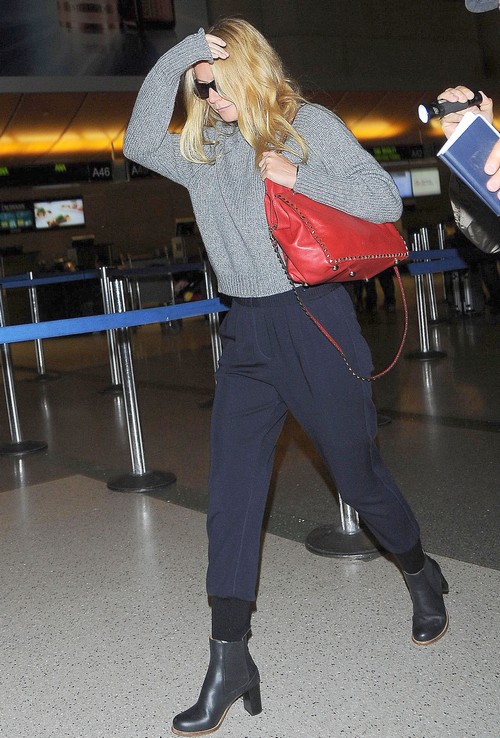 Gwyneth Paltrow and Chris Martin are cheating on Jennifer Lawrence and Chris is looking like he’s breaking up with her. Chris and Gwyneth are doing the worst portrayal of a divorced couple in the history of divorce. Instead of fighting or spending time apart or even acting divorced, Gwyneth Paltrow and Chris Martin have been jovial, loving, and even affectionate in public after their divorce – so much so that people are starting to wonder if it’s not an elaborate act to cover up the fact that they are NOT getting divorced, and actually getting back together.

TMZ managed to capture some video footage (check below) of Gwyneth and Chris after a dinner date, and before Gwyneth drives away in her car, she reaches out of the window and quickly tousles Chris’ hair. Um…. what?!

Tousling your ex-husband’s hair is a big no-no, right? Is it just me, or are Gwyneth and Chris way too intimate with each other [in public, no less] to be broken up? We knew they were spending a lot of time together, but as a former married couple, they obviously have lingering feelings for each other. And those lingering feelings are bound to come to the surface if they spend all their free time in each other’s company, which they have been doing.

Now, both Gwyneth Paltrow and Chris Martin are in relationships with other people, but I don’t think that’ll stop them from getting back together if they wanted to. Chris Martin dating Jennifer Lawrence was never going to last, and Chris’ rekindled relationship with Gwyneth will just bring about the end of his JLaw relationship that much faster. Technically, it almost looks as though Chris is cheating on Jennifer with Gwyneth, which is too weird to even contemplate. A former cheating musician hooks up with JLaw, but then cheats on her with his ex-wife? The one who he wanted to leave desperately in the first place? Yeah, it’s hard buying it, but it looks like that is what’s happening. And it’s only a matter of time before the Chris Martin/Jennifer Lawrence relationship comes to an end, and the Chris Martin/Gwyneth Paltrow reunion begins.