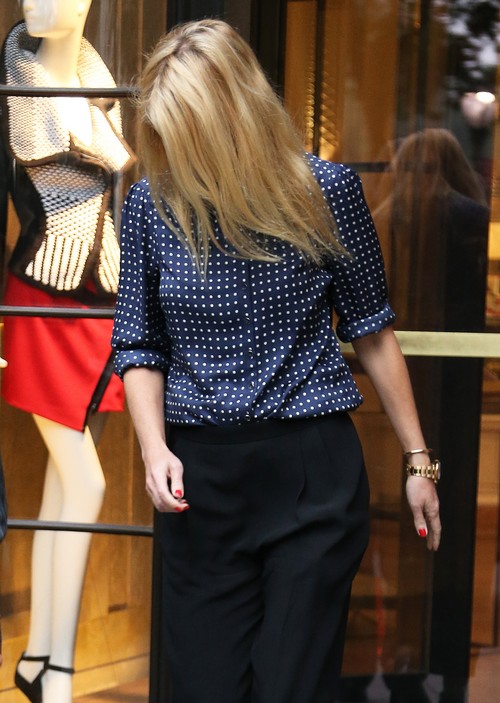 Gwyneth Paltrow and Chris Martin consciously uncoupled a few months ago, but both of them already have new paramours – all the while still living together. Is this the weirdest arrangement we’ve ever seen, or what? The former couple is clearly trying their best to remain on friendly terms for the sake of their children, but how long is Gwyneth’s civility going to last after she sees Chris Martin dating Jennifer Lawrence?

To be fair, I think she already knows – and I also think that’s why we found out that she was dating Brad Falchuk BEFORE we found that Chris was dating Jennifer. It wasn’t a coincidence that we got the report courtesy of US Weekly, and it’s also pretty clear that Gwyneth was trying to beat Chris to the punch. Unfortunately, Jennifer Lawrence >>>>>> Brad Falchuk – at least, in the eyes of the media and the public.

Think about it – Jennifer is basically the younger version of Goop, except more talented, more liked by the public, and she won an Oscar at a younger age. Both won for Weinstein movies, both won for performances that weren’t their best, and if we’re being completely honest – they both probably didn’t deserve to win at such a young age. Even then, Jennifer headlines a blockbuster franchise, is an integral part of a superhero franchise, is a 3-time Academy Award nominee [something Gwyneth can’t boast], and is America’s sweetheart. And while Gwyneth is also an Academy award winner/nominee, I don’t think we can call her America’s sweetheart – in fact, we’d be closer calling her the opposite, since a good number of the population hates her now thanks to her healthy lifestyle preaching and Goopy-ness and complete revolting hypocrisy.

But of course, Jennifer is now going to be spending time with Gwyneth’s children, and going on play dates with them. How is Gwyneth going to handle that? Well, we’ll just have to wait and see, but I’m sure she’ll be professional… maybe.