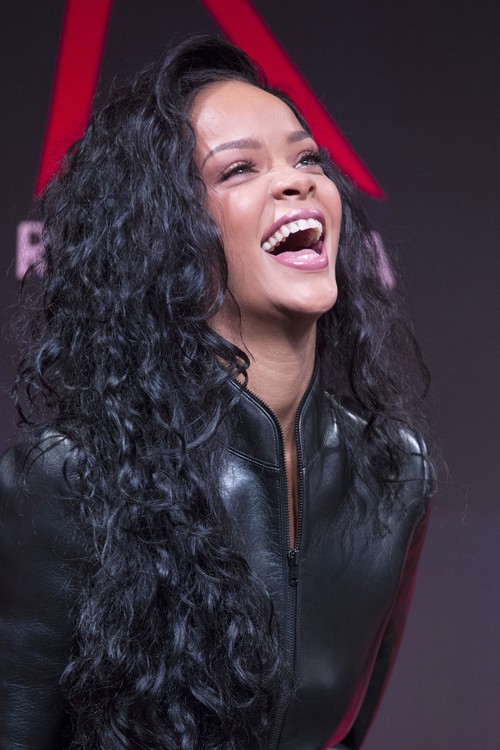 Rihanna and Chris Martin were spotted having dinner in Los Angeles on Sunday evening, sparking rumors of a possible romance and/or a possible collaboration. The duo has worked together before, so it’s very likely that they are planning another musical effort. Then again, it’s also possible that there’s something more than a simple creative session going on here, especially with Chris’ recent ‘conscious uncoupling’ from his ex-wife, Gwyneth Paltrow.

From what we’re hearing, Gwyneth is still trying her best to reconcile with Chris Martin, and her efforts have been met with some enthusiasm. Chris and Gwyneth are clearly still on good terms, which is great for their children, but sources tell us that there’s actually a very real possibility that they’ll end up getting back together – especially because Chris’ affair with Alexa Chung didn’t work out.

However, now that Rihanna’s in the mix, will that end up changing? Rihanna’s definitely Chris’ type, i.e. beautiful and musically talented, and I wouldn’t be surprised if he tried hitting on her already. But would she reciprocate? Rihanna seems to have a very specific taste in men, and I don’t think Chris falls into that spectrum. Plus, she’s always seemed smart about not mixing business with pleasure, with a few notable exceptions. I don’t think she would want to get involved with Chris, especially since his marriage status is still so messy. Nobody smart would ever want to get on the wrong side of Gwyneth Paltrow, and Rihanna realizes that. Plus, it’s obvious that Gwyneth is trying to get Chris back, and if Rihanna jeopardizes that – well, let’s just say I pity the people who would be in charge of that PR mess.