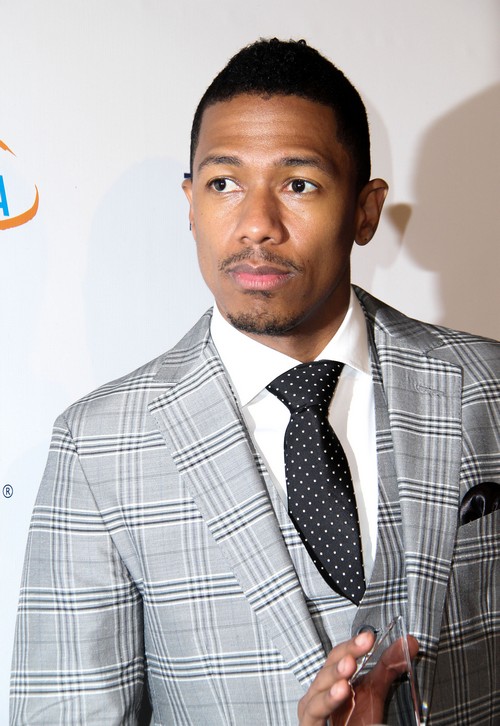 Mariah Carey is well rid of Nick Cannon. Now Amber Rose and Wiz Khalifa are both determined to ‘win’ their divorce, and as such, they’re trying to prove that the other was at fault for the breakup. According to TMZ, both Amber and Wiz are claiming that the other person was the one who cheated first.

Amber claims that Wiz kept her away from his tour because he was having affairs, and Wiz thinks [rightly so] that Amber cheated on him with Nick Cannon. Nice instincts there, Wiz.

Amber and Wiz have only been married for a year, but Amber filed for divorce on Wednesday, citing ‘irreconcilable differences‘. In other words, she wanted to continue ‘working’ with Nick Cannon, which Wiz wouldn’t have been too happy about. Unfortunately for her, her tryst with Nick Cannon – which Nick has steadfastly denied by the way – didn’t remain a secret. You know Mariah Carey is just sitting back and counting her lucky stars she dumped Nick before this story broke.

Still, it’s a nice try on her part. By filing for divorce first and then claiming that Wiz cheated on her, she’s getting in a few rounds on her own. Otherwise, it’s pretty obvious that Wiz would walk away with the upper hand in their divorce proceedings, especially since rumors of Amber’s affair with Nick had already hit the Internet even before she filed for divorce. It’s pretty clear that she’s decided to go with her career and Nick’s ‘management’ instead of staying with Wiz and being forced to be a stay-at-home mother.

What do you guys think about this? Do you think Amber and Wiz both cheated on each other, or is Amber trying to deflect the blame? Let us know your thoughts in the comments below.