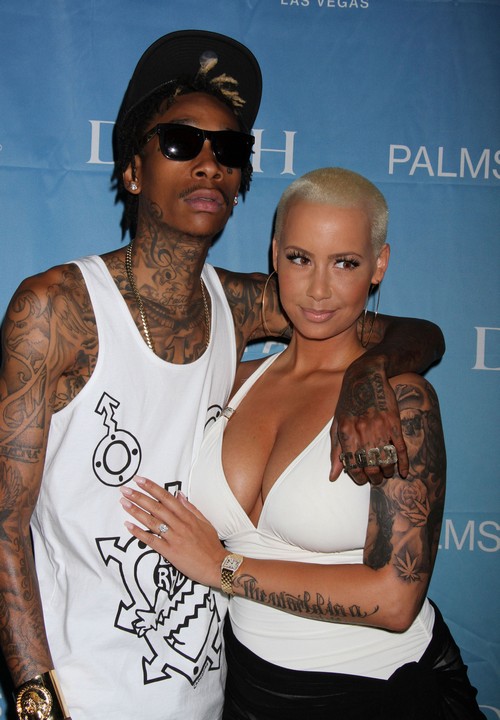 Is alleged serial cheater Nick Cannon sleeping with Amber Rose under the guise of management and enraging Mariah Carey and Wiz Khalifa? Nick Cannon has signed Amber Rose to his management company, supposedly because he’s such a kindhearted individual who’s just looking to make her dreams come true. I mean, he wants to make some money too, but he’s reportedly ‘banking’ on her to deliver some big returns, and that is totally not a sexual innuendo. Or is it?

See, Nick and Mariah Carey are on some weird hiatus from each other. One minute, they were all but finalizing divorce, and the next minute, Nick is claiming that he still loves Mariah and wants the tabloids to stop breaking them apart. Uh, dude – you’re the one who told us that shit was going down in your marriage….

Anyway, we can safely deduce from his comments that things haven’t been copacetic in Mariah-and-Nick land, and as such, Nick working with Amber is probably not sitting too well with Mariah right now. For one thing, sources close to the couple have said that it was Nick’s wandering eye and rumored affairs that led to divorce talk in the first place. And for another, there have been a lot of rumors about how Nick is more than friendly with the women he ‘works’ with. And he’ll be in extremely close contact with Amber for the next few months, if not the next few years. If he and Mariah stay together, I don’t see how she’s going to allow this ‘business’ relationship to continue.

Putting aside Mariah’s suspicions, it’s not like Amber is single, either. She recently gave birth to Wiz Khalifa’s baby, but does that mean she won’t cheat on him? It wouldn’t be the first time a singer slept with a big shot manager to get ahead in the industry [I’m looking at you, Rita Ora].