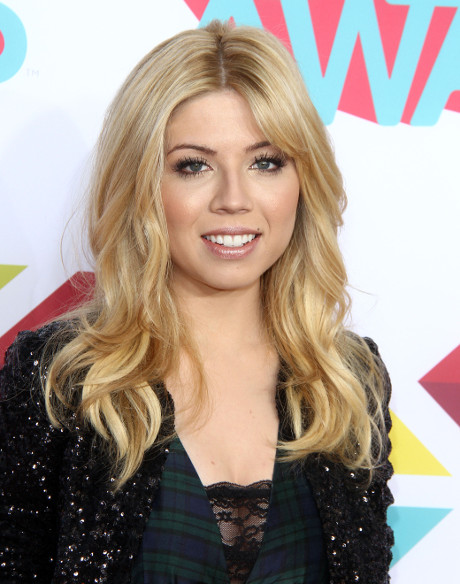 The drama is still unfolding surrounding Jennette McCurdy’s sexy nearly-nude lingerie photos leaking. The photos magically emerged on Twitter and began going viral less than two days after Jennette publicly dissed and mocked her ex-boyfriend, NBA player Andre Drummond. Although Andre took to Twitter and denied leaking racy pictures, no one was really buying it, including Jennette. This morning the Nickelodeon star tweeted, “To anyone disappointed: I sent those pics to 1 person. You can connect the dots. Shocked someone would stoop so low,” implying that it was indeed Drummond who leaked her pictures.

Regardless of who leaked the photos of Jennette or why they were leaked, the real question is, what is Nickelodeon going to do about it? Jennette plays the role of Sam on Sam and Cat, a series that most people would argue is by far Nickelodeon’s most successful comedy at the moment. The popular kids’ comedy averages about 2 million viewers per episode, and was just nominated for a 2014 Kids Choice Award (Jennette and her co-star Ariana Grande were also both nominated for Favorite TV Actress).

So far, Nickelodeon hasn’t even acknowledged Jennette’s nearly nude picture scandal, it seems like it may be difficult to sweep it under the rug though considering how many news sources that have covered it over the last two days. This isn’t the first time a Disney or Nickelodeon star has found themselves in the midst of a scandal, but this is one of the first times that the star in question is still appearing on the network and used to promote the channel. Dylan Sprouse, Vanessa Hudgens, Miley Cyrus, and countless other Disney and Nickelodeon stars have created tons of scandal, but they were no longer actually starring in a current TV series when the scandal occurred.

Do you think Nickelodeon should pull the plug on Sam and Cat after Jennette’s racy picture scandal? Don’t you think they should at least acknowledge that it happened instead of turn a blind eye? Sound off in the comment section below.