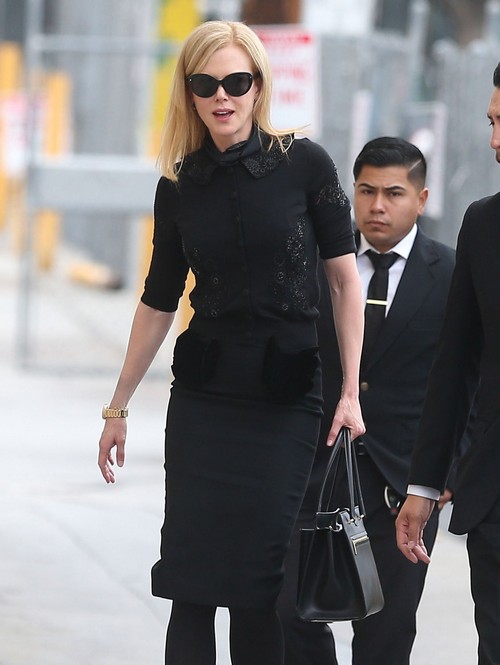 Nicole Kidman thought that she had landed a dream role when she was first cast as Grace Kelly in Grace of Monaco. The casting itself was a stretch as Kidman was aiming to portray Kelly at age 33 but still this film was expected to be huge. The kind that brings home awards and could revitalize a career that has slowed down. Somewhere along the way the original view of Grace playing an important political role in protecting Monaco’s sovereignty in the 1960’s became watered down and producer, Harvey Weinstein demanded that changes be made.

Grace of Monaco is now set to debut on May 14th at the Cannes Film Festival and Weinstein still is embarrassed by the final product- so much so that he is threatening to drop the distribution rights in the U.S. So that it never sees the light of day here, at least as a Weinstein Co. production. According to Variety the original story has been watered down and all that is left is Nicole in stunning costumes in beautiful locations and that is hardly the original vision that everyone had hoped for.

As for Kidman, well she is crushed that this project that she invested so much in has turned into a mess. It’s not going to breathe life into her stalling career or earn her a nomination for anything. As her work life kind of tanks her husband, Keith Urban’s career is still on fire. Keith is in LA for part of the week for American Idol and his fanbase is bigger than ever. His job has put a strain on their marriage and now Kidman is spending more time alone in Australia with her girls alone and even work isn’t making her happy or fulfilled. Do you think that her marriage will survive her work crisis? Will it come crashing down with the rest of Kidman’s current life? Tell us your thoughts in the comments below!