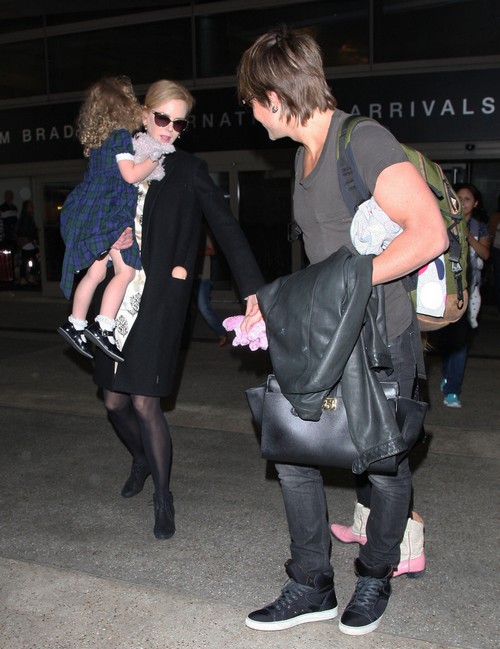 Nicole Kidman has been trying desperately to re-invent her career for the past few years. She’s tried franchises, spooky horror thrillers, romances, and indies – to no avail. She’s no longer the Nicole Kidman of the early 2000s, with the Oscar and the movie star husband. She still has her Oscar and she’s with music royalty Keith Urban, but her career has gone stagnant and people can’t stop talking about her plastic surgery.

Seriously, I single-handedly blame that plastic surgery for ruining her career. There’s no other reason for such a talented, beautiful woman to lose her career prospects all in one go like that. I know people claim that being above 40 in Hollywood and being a woman is a career death sentence, but we’re seeing people like Amy Adams and Julianne Moore prove that wrong every year. So really, it’s just about the fact that Nicole Kidman’s face has become so frozen that she can no longer emote on screen. The ice queen roles are few and far between, and between Paddington and Stoker, she’s already got those bases covered. Grace of Monaco is proof that her name is no longer a guarantee of quantity or commercial success, and according to sources, it’s also made Keith Urban think twice about staying married to her.

Keith’s managed to stick by Nicole’s side all these years, even as her face has gotten more frozen and her career has gone downhill. But apparently, Nicole is also thinking of dumping Keith, believing that being single might help her career. If she really does think that, then she’s being delusional. People aren’t not hiring her because she’s married to Keith Urban, they’re not hiring her because she’s genuinely frightening to look at right now.

Plus, Keith himself is supposedly getting sick of all of Nicole’s antics, and decided that he’s done with her. The two have been the subject of quite a few blind items about divorce, and hearing all these stories, it’s easy to assume that they don’t have long left in their marriage. They may be staying together for the sake of their kids, but Nicole isn’t going to do that for much longer – not when she actually believes that her career could benefit from a divorce.