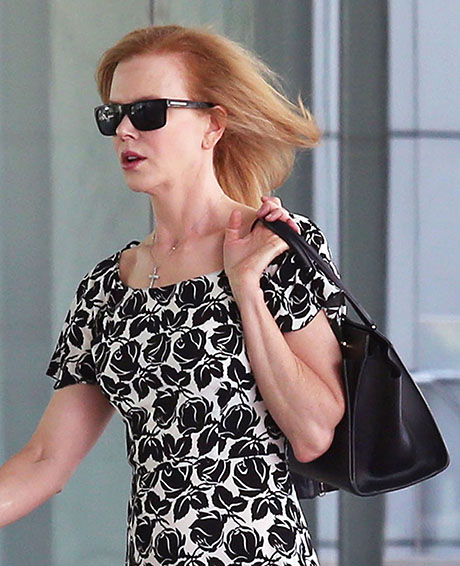 Nicole Kidman has always spoken her mind and she’s not too shy about revealing her thoughts, especially when it comes to her own life. In a recent interview with Melbourne’s Gold 104.3, the high-profile actress talked about her seemingly perfect marriage (HA!) to Keith Urban and, in the process, threw some major shade on Tom Cruise — with whom she shared her previous marriage.

“We also got married later in life,” she said, “and we kind of thought: ‘We aren’t going to screw this up and we are going to do everything we can to make this work.’ I think when you are younger, and you are in your early twenties, and you are in a relationship and you are trying to make that work, that is a whole different thing than where we are at now.”

Nicole’s relationship with her children (from the Tom Kat marriage) is somewhat interesting, and she’s admitted before that she doesn’t spend a great deal of time with them, primarily because of their roots/connections to Scientology. So during the interview when she was talking about Mother’s Day plans in L.A. but gave no mention of Isabella or Connor attending, this got a lot of people talking: Was this just absentmindedness or was she actively snubbing her two children?

Honestly, I don’t think Nicole would knowingly do this…after all, she is their mother and obviously loves them very much. What are your thoughts on the matter?