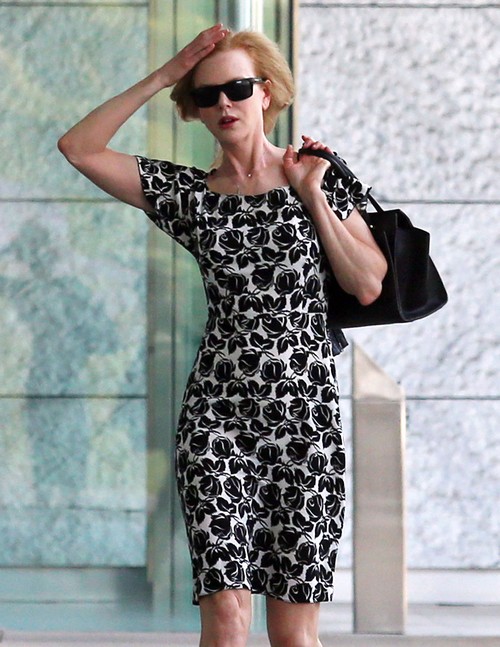 It seems like every day we learn a bit more about just how hard Nicole Kidman is struggling to keep things together as her entire life has hit a rough patch. After splitting with Tom Cruise 13 years ago Nicole opted to consciously choose to live a more private life. She wanted to live primarily in Australia and really fly below the radar as much as possible. For years she and her husband, Keith Urban really did manage to maintain a sense of privacy in spite of being a celebrity couple. In recent months things have started to break down in Nicole’s life and at each step she has found that her privacy has been compromised.

Nicole thought that her career was about to get a huge boost after snagging the title role in Grace of Monaco. Instead the project went from Oscar contending to visually stunning, leaving producers to want to block its U.S. release. The negative press surrounding it has carried over onto Nicole and her abilities as an actress have been publicly questioned and scrutinized. Her marriage is also on shaky ground with Keith spending half of the week in the states to work on American Idol. That means that Nicole is basically a single mother to their two daughters half of the time with no work to fall back on.

While Keith is said to rush home once he wraps up his judging stint on Idol each week it’s not enough to help hold Nicole together and what’s worse is that the entire world is privvy to all of the details. After spending years building a bunker around her private life it seems that it has fallen apart leaving her beyond depressed. Some sources (National Enquirer) have reported that Nicole has been suicidal in recent weeks after being completely blindsided by all of the negative press. Do you think that Nicole and Keith will keep their marriage together? Tell us your thoughts in the comments below!