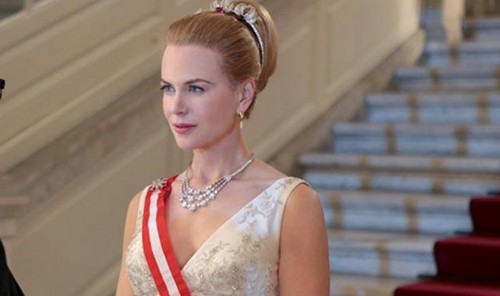 My how the tables have turned for Nicole Kidman and hubby Keith Urban. Once could easily argue that at one point Nicole Kidman was the bread winner in the family and outshined her rocker husband Keith. But, Nicole is clearly learning the hard way that men in Hollywood become better with age, and women in Hollywood drift into obscurity with every passing year. It’s a vicious double-standard, but it’s a fact.

Rumors are emerging once again that Keith and Nicole’s marriage is in trouble, and one can’t help but wonder if Nicole’s latest movie flop plays a part in their marital problems. When Nicole landed the roll of Grace Kelly in the highly anticipated film Grace of Monaco, she had high hopes for the movie and the media speculated that it would rejuvenate her career.

Unfortunately the film appears to be flopping before it even makes it to the public. After over a year of filming the original release date was scheduled for November 2013. When it was clear the film wasn’t ready for the public, the powers that be pushed the release to March 2014, March came and went this year and it was revealed that Grace of Monaco had been pulled from the release schedule all together. What was once speculated to be a major Blockbuster, is now getting released at Cannes Film Festival, and Harvey Weinstein is considering dropping the US distribution all together.

Nicole Kidman is not taking her latest failure well, and it surely isn’t helping that her hubby Keith Urban is at the peak of his career. His last album Fuse is less than a year old and debuted at number one on the Billboard 200 and topped the country charts, and he is currently. On top of his gig as a judge on American Idol this year, Urban took home three Academy of Country Music Awards.

So, not only is Keith experiencing all of the success that his wife Nicole had hoped for when she signed on to play Grace Kelley, he is so busy with his career he doesn’t have time to support her and comfort her during the Grace of Monaco fiasco.