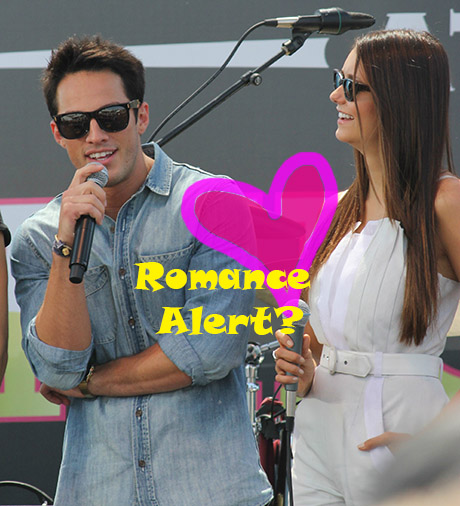 Nina Dobrev has been attached to such stars as dancing phenom Derek Hough and even Liam Hemsworth. Recently, people got all excited when rumors started circulating that she and her The Vampire Diaries co-star Michael Trevino were exploring the possibilities of, well, each other. Star magazine suggests that “the latest man to fall under Nina Dobrev’s spell is her longtime friend and Vampire Diaries costar Michael Trevino” and that they’ve been “hooking up for the past few weeks.”

Now, we’re not sure if this is true or not, but we have a feeling all those loyal to the idea of Nina and Ian Somerhalder aren’t going to like the possibility of this relationship at all — especially when she’s scooped up someone so close to her smoldering ex!

An unnamed source for the magazine claims that “it’s pretty casual right now” but that “Mike likes her a lot and would love for things to get more serious.”

Other sources report that Nina and Michael definitely aren’t dating, that this story is just another “fabrication,” similar to the Nina-Hough situation. But we have to ask ourselves: Do the whisperings of Nina and Mike’s casual hookups suggest otherwise? Do you think the two really are dating or are, at the very least, friends with benefits — or heading towards something romantic in nature?

And what about Ian Somerhalder? Poor Ian wants to marry Nina and yet she’s playing the field like there’s no tomorrow. Leave us your thoughts in the comments section below. We’d love to hear from you.