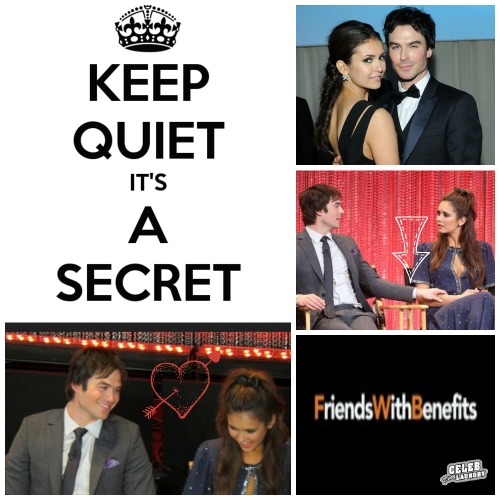 Nina Dobrev and Ian Somerhalder are not officially dating, but they’re no longer in their awkward, post-breakup phase either. In fact, if the rumors are true, they’re thinking of getting back together, but there are some things still holding them back. Still, from what we hear they are most certainly friend with benefits but Ian wants much more – in fact our handsome Vampire Diaries star wants an engagement and marriage to lovely Nina. Who can blame him?

Despite the fact that they were in a long-term relationship, both of them are reportedly hesitant to jump back into another serious commitment. Apparently, Ian is more willing than Nina to get back together, but that could also be due to age. Nina’s still really young, especially in Hollywood, and she probably wants to play the field a little before settling down. Ian, on the other hand, is definitely a relationship guy, and all of his previous girlfriends have lasted multiple years. However, he was reportedly on the verge of getting married to his old girlfriend when he started dating Nina – so clearly he was really, really into his co-star.

However, the minute they started getting serious and rumors of an engagement started swirling around, the duo broke up. Maybe it was fear of commitment from Nina’s side, maybe it was something else. But before we knew it, they were both going their separate ways, and while Ian hasn’t publicly been spotted with a new girlfriend, Nina’s already had several rebounds.

Alas, our sources tell us that even though Ian’s trying to show Nina that he’s willing to wait and get back together, Nina is reportedly unsure about what she wants to do. She’s reportedly making Ian wait for an answer, confused about whether to go back to Ian or continue dating around. Again, Nina’s only 25 years old and as soon as the Vampire Diaries ends, her film career will only get started. When will she have time for a serious relationship, especially when she won’t see her boyfriend every day on set?

What do you guys think? Should Nina and Ian get engaged and married – should the get back together? Let us know your thoughts in the comments below.