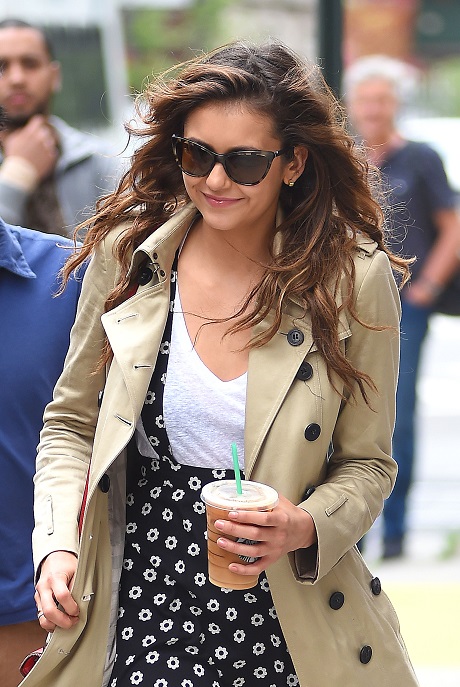 Nina Dobrev is a busy girl isn’t she? It seems like once or twice a week we’re talking about who she may or may not be hooking up with and where her love life is really headed. It’s pretty obvious that Nina loves the speculation and being connected to popular actors certainly doesn’t hurt her own stature in Hollywood.

One of the men that Nina has been most recently linked to is X-Men star James Marsden. The two were spotted looking cozy together in New Orleans’s and, of course, the rumor mill started cranking out stuff about not only a hot hook up but a blooming romance.

According to the June 23rd print edition of Star Magazine, Nina and James are obviously friends and quite comfortable together. But don’t get it twisted — she still is invested in Ian Somerhalder. A year after officially splitting up, the two are still tangled together by choice.

Even more awful for Ian was reading about how Nina was hooking up with Dominic Howard. Luckily for Ian that all seems to have blown over now and the Vampire Diaries stars can get back to making their hot vampire love together.

Their three-year romance never really ended just because they supposedly split on paper and so they always gravitate back together. No one is a better match for either of them — or at least not yet. So, for now, regardless of who Ian and Nina are seen with, at the end of the day they reconnect with one another.

Sources close to the couple say that the connection between them appears to be unbreakable and seeing Nina linked to other men in the press almost takes the pressure off of them because it means that they are still able to figure things out mostly on the DL. Should Nina move on with a guy like James or is she wise to figure things out with Ian?