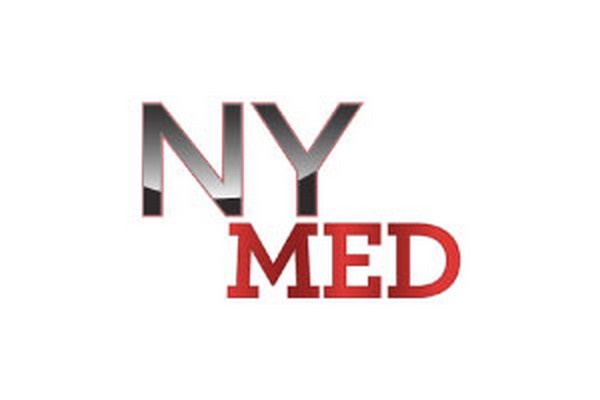 Tonight on ABC’s hit drama NY Med continues with a new episode. On tonight’s show an ER doctor Popular New York Presbyterian nurse Diana Costine can win over even the most difficult patients with her upbeat attitude and infectious smile. Lately, however, the redhead from Milton, Massachusetts has been inexplicably losing consciousness and for the first time, finds herself at the center of the situation.

On the last episode Hugo Fast-thinking trauma doc Ziad Sifri couldn’t believe his eyes when a 19-year-old plane crash survivor arrived in the ER at University Hospital in Newark. The youngster was a student pilot whose instructor was killed on impact. Besides treating his patient, Dr. Sifri had to manage expectations and fears of the young man’s parents. Also at Newark, for the first time a young surgical resident, Neha Goel, used her own hands to perform a potentially life-saving technique that machines just cannot handle. The surgical resident from Episode 201, Ashley Winter, returned to operate on a favorite patient who was suffering with bladder cancer. As a third year urology resident, Ashley was hopeful that chemotherapy would work wonders on the tumor but quickly learned that her patient will need a life-altering surgery. Ashley broke the bad news to the patient and finds herself overcome with feelings. It raised the question of how emotionally invested a young doctor can afford to become in the outcome of an individual patient. Did you watch the last episode? If you missed it we have a full and detailed recap, right here for you.

On tonight’s show a young couple, in love since the day they met, has big wedding plans. But their future together is thrown into doubt when cardiac surgeon Len Girardi delivers the news that the groom could drop dead at any time if he doesn’t have a complex but potentially life-saving operation. Their choice and their journey will terrify and amaze you. Trauma surgeon Ziad Sifri thought he had seen it all growing up in war-torn Beirut. But at Newark’s University Hospital where he works, patients arrive injured by hammers, box cutters and other household tools showing how personal things can get when family or romantic relationships fall apart.

One of the hazards of working in the ER is dealing with drunks. Police try to keep from arresting people for small transgressions so they bring in the drunk and the disorderly for someone else to deal with. On tonight’s episode, Dr. had to deal with the blonde. She didn’t want anyone to touch her or assist her. And yet she was clearly disorientated. When she was able to sober up – she finally stopped with all the dramatics much to the doctors’ and nurse’ amazement. But isn’t pathetic that they thought she was going to be difficult even when she got sober. It must mean she was a pretty nasty drunk.

In between dealing with difficult patients, the doctors do have to deal with real cases of emergency. Over in Newark, a man was brought in after he fell from his third story window. He was locked out of his apartment and tried to get back in using the fire escape. Unfortunately, he misjudged the leap it would take to reach his window from said fire escape.

The trauma surgeon on the floor, Dr. Sifri, later had to try to piece his patient back together again. The patient had punctured a hole in one his major arteries. So it took group effort to keep the patient from bleeding out.

Back in New York, a patient partially severed his hand in a bicycle accident. The patient says a car door had opened abruptly on him so he put out his hand to stop a collision and instead he somehow flipped over the door. He had taken every precaution available – using both a helmet and riding slowly – though neither prevented an accident that nearly took off his hand.

So what did he learn? Find another way to exercise!

The heart can be tricky to deal with. ER Nurse, Costine, had to help a patient literally reset his heart. The patient’s heart wasn’t on proper and functioning rhythm so she had to shock it to fall back onto its regular pattern. However, Costine is used to dealing with these problems. After all she has problem with her own heart. It gets so bad that her heart occasionally stops all on its own and this causes her to faint. The last time it happened – she gave herself a black eye. So her doctor told her she needed to have a pacemaker installed. Though she hates the idea of having one much less having to go through surgery just to get one.

Giradi, a heart surgeon, was forced to give another young person a pacemaker. That patient was soon to be married and once of the first trials he and his future wife had to deal with was his surgery. In his case as well as Nurse Costine, if they hadn’t had the surgery then their life would be constantly at risk. And after trying every medication out there – Costine did have her surgery and she came out just fine.

Having gone through with it, she can now begin to have a normal life and it seems that one of thing she missed was work. It didn’t really take her all that long to get back to work. As for Giradi patient, he went on to recover and marry the loving fiancée he already knows will stand by him through thick and thin!

In other news, there was violence in Newark again. No shock there but this time a man was brutally attacked by his ex-girlfriend’s new boyfriend. He was stabbed numerous times though he was brought in to the emergency’s room alert enough to still be swearing at his ex and her boyfriend in spite of them not actually being there at the hospital with him. He claimed he only wanted to talk when he got set upon. So he was moved to tears that this happened to him.

Then a family feud eventually found its way into the ER. Family members were attacked with glass, a hammer, and several other pieces that were merely lying around. Thus far only an uncle and nephew have needed medical assistance but they aren’t talking about anything other than what hurts.

Then in New York, Dr. Zacharia had a homeless man as a patient. The patient came into the ER and when they found out he would need surgery – he wasn’t quickly escorted out the back. He chose to treat him and then you know of course they helped him to apply for Medicaid.

But the patient was taking advantage of the hospital. He kept eating when he knew he was supposed to have surgery. This ensured his surgery was postponed and that he was fed in the meantime. His surgery did happen though. And even if he doesn’t like having to leave the hospital one day – he knows the doctors saved his life.