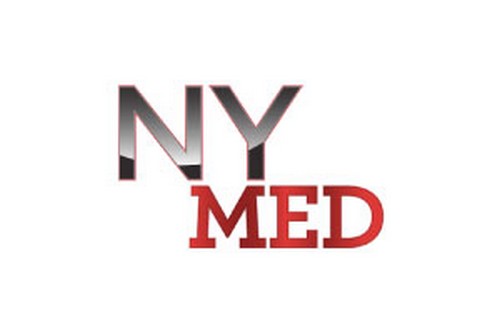 Tonight on ABC’s hit drama NY Med continues with a new episode. On tonight’s show an ER doctor treats a couple who were the victims of a violent home invasion; a former Wall Street banker reflects on changing her career to medicine; a Marine recalls his service and describes his deteriorating physical condition.

On the last episode after nearly two years of production, “NY MED” came back. This fast-paced, eight-part series mostly toggled between the orderly operating rooms of Manhattan’s New York-Presbyterian Hospital — the primary venue for the series — where renowned surgeons perform feats of medical brilliance, and the sometimes hectic trauma wards of Newark’s University Hospital where skilled doctors gallantly struggled to treat a flood of gunshot, stabbing and life-threatening trauma cases. The surgeons of NY MED never forget that there are limits to what medical science can do and that sometimes their best efforts come up short. Did you watch the last episode? If you missed it we have a full and detailed recap, right here for you.

On tonight’s show Hugo Razo grew up in a modest home in a small California city where young Mexican-Americans like him were often pressured to join gangs. He struggled in high school and says most people thought he’d most likely end up doing physical labor of some kind such as janitorial work. But his determination to prove them wrong led him to turn it around and get on the path that would lead to his becoming a skilled ER doc at a major hospital. When a young professional couple arrives in the ER injured after a violent home invasion, Dr. Razo is the one who treats and ultimately reassures the pair that life will go on and their wounds, both physical and emotional, will heal. With his imposing stature and physique, Dr. Razo is also adept at assisting security guards when they have to subdue the occasional unruly or violent patient.

Tonight’s NY MED is going to be intense, and you won’t want to miss it. So be sure to tune in for our live coverage of NY Med — tonight at 10 PM EST!  While you wait for our recap, hit the comments and let us know how excited you are about the new season of the NY Med?

Tonight on a whole new episode of NY Med, Newark’s University Hospital had to deal with a minor influx of victims of violence. The first patient was a victim of a home invasion. He was trying to protect his fiancée when he suffered a serious head injury. He was beaten so badly that he ended up passing out after the blows and unfortunately none of what he did changed the rest of the night for his fiancée.

His fiancée still needed to have a rape kit done.

The assailants attacked her while he was laid out but as far as he knows – he saved her and the doctors didn’t want to tell him anything different. Nor did his fiancée – at least not right away! He only got injured because he tried to stop them so hearing they went through with it anyways would be too much for him to handle.

A third victim of a completely different crime, albeit with the same amount of violence, was later brought in. A young man and recent father was found to have been shot numerous times in his shoulder. Though the doctors did go on to say, after thoroughly reviewing his case, the shoulder hasn’t suffered any permanent damage and he’ll be back on his feet soon enough.

He truly received a miracle and if he’s smart he won’t risk getting tangled with whomever for a second round.
The victim’ story on his assailant kept changing and some of the doctors had theorized that maybe he knew who shot him but didn’t want to say anything in case it lead to retaliation or his own jail time. And, well, with the prognosis he received maybe he should think about hanging around with a different set of people. Like the kind that won’t take him away from his son prematurely.

Things managed to calm down all-around by the morning. Although cardiologist, Dr. Singh, had to give some bad news to his patient. Chris, who is a young man, had suffered a stroke at boot camp for the Marine Corps. The stroke was in itself was bad but the damage it left behind on his heart has made the cardiologist worry about Chris’s heart. So he had to add him to the transplant list.

However it’s hard to get pray for heart knowing what the final cost to someone else will be. The family merely has to wait on someone dying and that’s especially hard on Chris’ mother. She doesn’t know how to deal with. She simply wants her son to be happy and safe. And then there’s the other side to her that blames herself for not seeing how sick her son was prior to boot camp.

Things can’t even go smoothly once the family was notified a heart had been found. Dr. Singh had to see if it would be compatible with Chris. Which meant they couldn’t afford to get their hopes up. Because for all they know – it could turn out to be a dry run. That’s what the doctor calls it if the heart doesn’t pan out for his patient. He refers to it as practice never taking into account the seriousness of the situation that a young man could die and the family is looking to him as their last hope.

Not to mention the family still had to make the trip to the hospital on the off chance Chris would be having surgery that day. The family had to wait six hours after traveling to the hospital to see if the heart was healthy enough to be transported much less go to their son. And thankfully it was yet Chris isn’t out of danger. He still has scars from earlier surgeries so this transplant is going to be at risk.

Chris’s story ended with him receiving the heart but the doctor and his family then had to wait and see how his body adapts to this new heart. So when six months went by without any complications – he along with his family finally had the chance to build their lives again.

Over at New York Presbyterian Hospital, a man came in gruesomely injured after suffering a mishap with a train. (*Those can happen and hundreds of people are marched into the hospital every year because of it). No one knows if he slipped or jumped but they have to treat him as if he wants to live – even if that isn’t the case. Oddly, one of the doctors on his case had changed her whole career after another train accident. The doctor had lost her sister and afterwards that made her want to go into medicine. So this a full circle for her.

The cases that come into hospital on a daily basis range from a case of stupidity – like the man that didn’t want anyone to cut his legs so he let them inflate and to a totally different color that still ended with him going to the hospital after it started to leak – to a case of blind drunkenness. Sometimes patients come in and they’ll attack their doctors. Otherwise known as the people trying to help them if they were sober enough to see it.

And then there a few other cases that no doctor can shake. Like when a patient comes in demanding to see Dr. Oz and no one else. He is a television personality after all and many women will trust him more. Remember Oprah was the one that introduced him to a worldwide audience so he does have a bit of street cred.

Though try telling a patient that Dr. Oz can’t see her right now. If they don’t make a scene then they’ll grudgingly accept help from another doctor.

So what does this all say about patients? It says that sometimes they are their worst enemies. Instead of ignoring an ailment – just seek help. It may feel like an overreaction but no one’s life should be put at risk because they had other things to do that day!