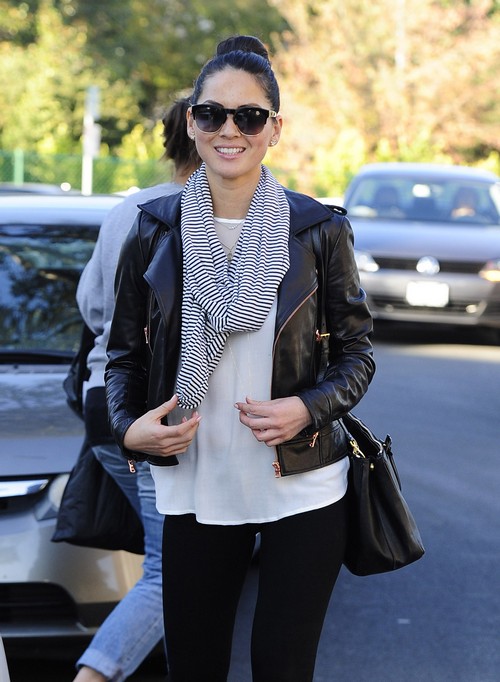 According to a new report from Radar Online, Olivia Munn‘s recent behavior on the set of the Newsroom has been causing problems between her, her co-stars, and the show’s creator, Aaron Sorkin.

Apparently, it’s Olivia’s ‘know-it-all attitude’ that’s been causing most of the problems, with an on-set insider explaining “Olivia and Aaron’s relationship soured so completely during season two of The Newsroom that it created a poisonous atmosphere on the set. It affected the entire show because Olivia was written to be such a prominent player this season. But by the end of the long shoot, Aaron and Jeff [Daniels] were barely speaking to her, and you can expect that in the third season, her role will be greatly diminished.”

According to the report, Olivia would constantly over-step her boundaries and act more like a writer on the show than an actress. The source explains, “Olivia was acting like one of his co-writers instead of like a professional actress, and Aaron didn’t appreciate hearing her opinions on everything, especially since he took a real risk in the show’s first year by hiring her.”

While this kind of behavior is more acceptable if you’re an A-list star and a producer on the show, Olivia is barely B-list at best and has no writing experience to speak of. She doesn’t have any producing or writing credits behind her, and she’s not even the lead of the show. If she really did exhibit this kind of behavior, I can see how it would have caused issues for everyone on set, especially her co-stars and Sorkin. Diva behavior in a movie set is one thing, but it’s completely different on a television show, where everybody absolutely needs to be on the same page for it to work.

The show’s been confirmed to return for a third seasoon in 2014, so it will be interesting to see if Olivia’s role is actually decreased from the second season.