One Direction Furious Over Leaked Pot Smoking Video: They’re Gonna Make The Guy Who Sold Them Out Pay! 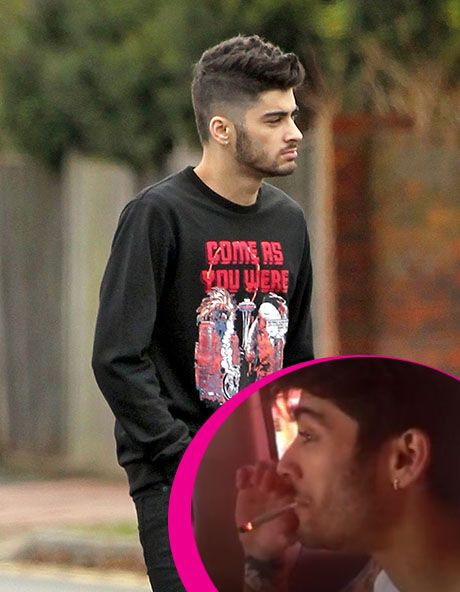 In case you haven’t heard, the One Direction fellas are total stoners — and someone recently leaked video proof! The video features Zayn Malik and Louis Tomlinson smoking and, needless to say, the two guys are a little ticked off that the clip of their pre- (and probably post-) ritual managed to reach the masses. The vid first appeared on the Daily Mail UK and the news has spread like wildfire, undoubtedly angering the countless mothers of their their teen fan base.

In one part of the smoky video, Louis passes Zayn the joint and says, “One very very important factor of Zayn’s warm up of course is Mary J, herself.”

Their banter continues on and goes several different places, so you should check out the video and let us know what you think. While some people might not think this is a big deal, others are definitely annoyed (including the band’s camp!) that this footage escaped their inner circles.

While this probably won’t damage their careers (after all, how many people out there actually thought these guys didn’t smoke?), it’s quite unsettling for celebrities when they know they have moles and sell outs squirming around within the walls they once thought were sanctuary.

Supposedly, a rep for One Direction says that the footage was definitely stolen. Duh, this doesn’t seem like a genius marketing campaign. Just check out that poor cinematography! The band’s lawyers are looking into the matter and trying to get to the bottom of this cloudy situation!