Oprah’s Stepmother Barbara Winfrey Slams Oprah For Being A Fraud: Her Stedman Relationship’s A Lie And She’s Evil! 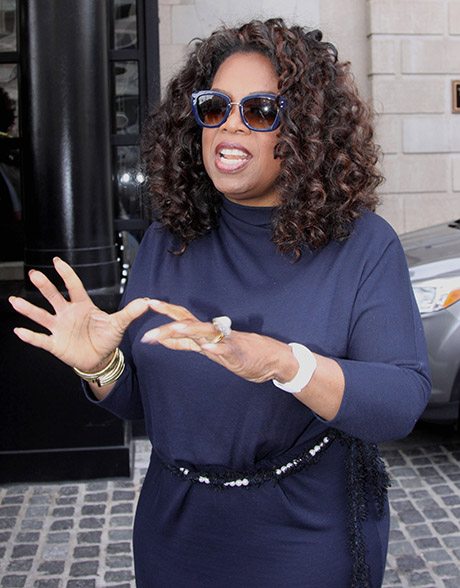 Oprah Winfrey‘s former step-mother is calling out the talk show queen. Barbara Winfrey reveals the truth about Oprah’s relationship with Stedman and Gayle, claims she’s insecure, and says Oprah is not as caring and generous as she wants people to believe. Barbara tells the Daily Mail that she doesn’t believe Oprah and longtime boyfriend, Stedman Graham, are actually in love. She says the relationship is treated more like a business deal. She also calls the friendship with Gayle King “bizarre” and “unhealthy.”

“She thought it was funny. I thought it was insulting. I’m older than her. I know what it means. She was reminding us of our low class,” Barbara said.

Meanwhile, Oprah is responding by throwing Barbara out of her $1 million house in Nashville. Earlier this month, Barbara received an eviction notice from her step-child saying “you have until Monday to get out of MY house.”

Oprah bought the house for her father and step mother shortly after they married. After the 2012 divorce, Barbara was offered two options. She could choose to live in a less expensive house or sell the Nashville home and split the proceeds equally. She declined both offers and now Oprah is evicting Barbara.

“Her brand is that she is a nice, caring, generous, giving person. That’s not how it is. She is controlling – it’s all about control. She has confidentiality agreements with pretty much everybody in her life. She has them sign their life away and she has them in her pocket,” Barbara says.

Oprah is probably a little bit controlling. And she probably does have certain people sign confidentiality agreements. She would have to in order to protect herself from people like Barbara Winfrey. It’s no secret that Oprah does not have the greatest relationship with her parents. She makes sure they are taken care of and that’s about it. There are no big Sunday dinners and she’s not calling them up and having heart-to-heart conversations every night. Why does she also have to provide for her ex-stepmother? She does the bare minimum for her own parents.

Barbara thought she hit the jackpot when she married Vernon Winfrey and now that she doesn’t have access to Winfrey money, she’s calling Oprah out. I don’t feel sorry for Barbara. What about you? Should she be allowed to stay in the house that Oprah bought?