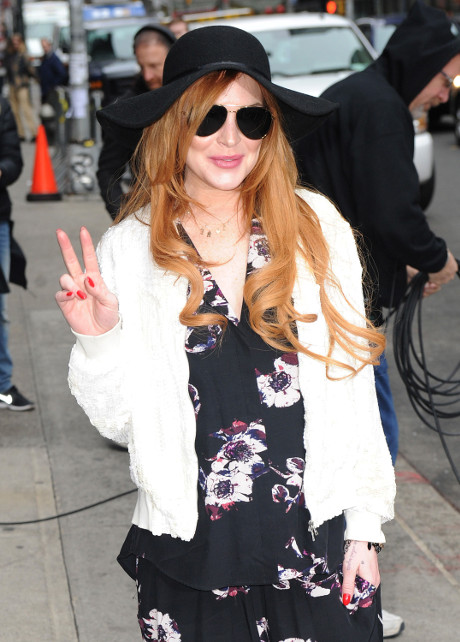 Oprah really thought she could turn around Lindsay Lohan‘s life by reaching out to her with her paranormal Oprah powers and a shiny contract for a reality TV show on her network. But . . . things haven’t worked out as well as she’d hoped. Rating’s weren’t what they were projected to be (in fact, they flopped majorly) and Lindsay failed on multiple levels to adhere to the terms in her contract: she agreed to give cameras complete and total access to her life, which she clearly didn’t do. She also failed to adequately promote the show, resulting in a major viewership loss. Basically, this is another failed OWN project.

Star magazine reports that OWN execs are furious that LiLo failed to uphold her end of the bargain. But, honestly, what were they expecting? Some incredibly professional starlet to walk through the doors? They knew what they were getting themselves into.

“Lindsay agreed to be authentic and give the cameras full access to her life, but she didn’t,” says an OWN insider. “Instead, she didn’t film when she agreed to, did almost no publicity for the show and was drinking since almost day one of filming.”

The magazine goes on to say that LiLo’s now strapped for cash and completely broke: “Lindsay is 100 percent broke. The only money she got was from Oprah and that’s over now.”

What do you make of Lindsay Lohan and her alleged empty wallet? I know Oprah was coming from a good place when she took on LiLo as a “project” — but she was also in it for the money and the hopes of making her network successful. While her intentions were good, they weren’t entirely selfless, and perhaps it all ended up exploding in her face (and purse). Will LiLo EVER get herself back on track?