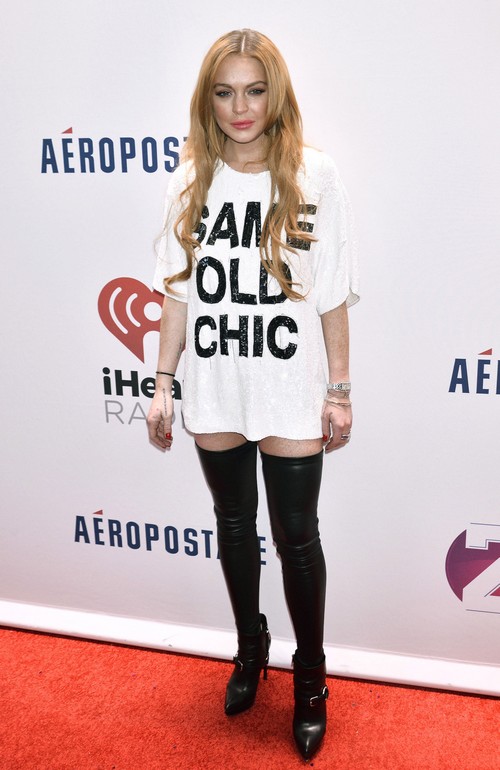 Although Lindsay Lohan‘s been looking marginally healthier recently, I wouldn’t put it past her to go back to her crazy partying and cracked out ways. And according to a report from Star, Lindsay’s already started using Oprah Winfrey‘s money to do drugs. Who really thought the Cracken would remain sober for long?

Apparently, Lindsay’s taking advantage of Oprah’s good will and using the apartment that was provided for the OWN reality show/documentary as her personal ‘drug den‘. A source tells Star, “Lindsay was 100 percent doing lines of cocaine at the apartment Oprah got her. She was doing it out in the open, in front of three friends.”

Well, of course she was. Why would she even try to pretend that she’s sober? This is Lindsay Lohan we’re talking about. She has absolutely no shame and no sense of responsibility, especially when it comes to money and partying. Can you blame her, though? Look at what she has for parents. Yes, she spent all her money and went broke, partying and doing drugs. So the sympathy there is limited, but there’s only so much child stars can do when their families are so screwed up.

In this particular scenario, for two seconds it looked like Oprah might help Lindsay get back on track. She’s been giving Lindsay plenty of money and supposedly helping her with her career, but how true is that, anyway? Oprah has always been very giving, but what does she get out of helping Lindsay? I have a hard time believing that Lindsay’s doing cocaine without Oprah knowing.

Then again, maybe we’re being super cynical and Oprah’s just choosing to give Lindsay the benefit of the doubt. If that’s the case, I’m thinking Oprah should probably check in any day now, and probably cut Lindsay off.