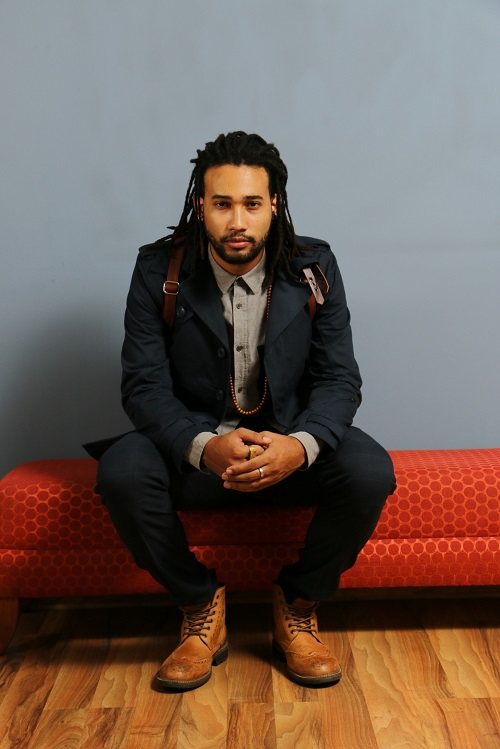 On the 14th of February, 2013, Oscar Pistorius shot and killed his girlfriend Reeva Steenkamp. He was put on trial for pre-meditated murder. The Paralympic super-athlete vehemently denies any malicious wrongdoing on his part – he allegedly mistook her for an intruder. The heavily publicized trial has permeated every aspect of modern pop culture, especially in South Africa.

Mathew Gold recently made world headlines for dedicating a song to Reeva. The South African singer wrote on Facebook: “Yesterday I visited the University of Pretoria and took this picture of myself next to Oscar Pistorius. I wrote and recorded this song with a fictional opinion about what Reeav’s last words were. This is my unofficial story. This song is not just about Reeva and Oscar, many people are in tough situations daily. This is also for you. (Sic)”

Did Mathew Gold “cash-in” on the publicity surrounding the trial? Was it a controversial publicity stunt drummed up in a PR office in Cape Town? Was the song a sincere ode to Reeva? None of the above. Mathew finally proved his critics wrong in an exclusive interview with Celeb Dirty Laundry.

Why did you decide to write and record a song about Reeva Steenkamp?

The link I posted pretty much explained everything. As a writer many things inspire me, I feel privileged that I can feel that inspired and turn my emotion[s] into [a] song. When you say record, I need to add that it was done on my iPhone.

What do you think about Oscar Pistorius’ version of the night’s events?

I’m not convinced it’s the entire truth, we as South Africans don’t even know [whether] we will find out the real truth.

The publicity surrounding the trial is unprecedented. Do you think your career will benefit from this?

I haven’t thought about it. This is a ground-breaking trial not just in our country, but [also] in the world.

Have you had any negative/positive feedback?

Everything that I do comes with negative and positive feedback. It’s good for me as a writer. What type of writer would I be if I can’t talk about sensitive topics?

How will the song influence your career?

Nobody knows yet. I will always write, sing and perform. I did this for my fans. They love what I do with covers and they enjoy helping me write songs – like we did for my album “The Rush.” I feel privileged that I can connect with them.

You told eNCA.com: “This is not a single. I’m not making any money out of it. I’m not looking for attention. I can’t believe that a song I wrote in 15 minutes can cause such a stir.” Why do you think the song caused “such a stir”?

Guilty or not guilty?

What inspires you most?

Everyday people. My family and friends. My friends.

How would you describe your “sound”?

My dad taught me so much about music [and] I kept an open mind to everything that’s out there. I love music. That’s it. When you feel motivated or inspired there is no sound that comes with it.

I wish I could entertain this question – It’s called a secret for a reason.

What’s your favorite film of all time? Why?

“All time” is so long. Wolf of Wall Street is great. One of Leo’s best performances, but still no Oscar.