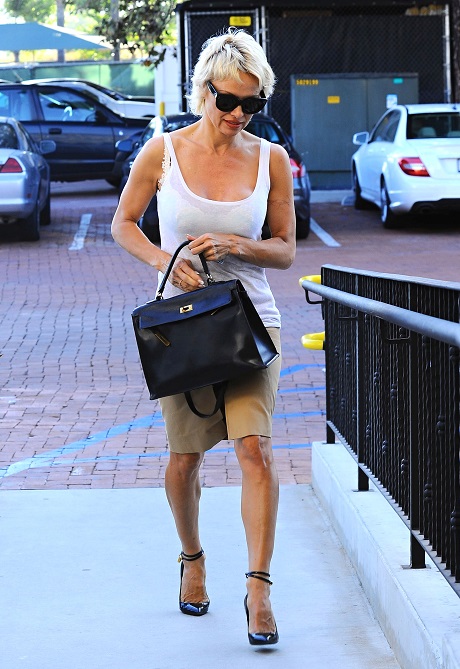 They said it wouldn’t last…and they were right! After marrying a second time in early 2014, Pamela Anderson and Rick Salomon have called it quits. They fared slightly better this time around, having been married for about five months beating out their 2007 standing record of just two months. The first marriage was annulled after Pamela claimed fraud. The on/off couple married last time during a Las Vegas magic show’s intermission.

This time around, Pam shared the two were best friends last October and began showing off a sparkler at a benefit in January confirming the marriage between the reunited pair. While Pam had a long stint on Baywatch, Rick is most known for his former marriage to bad girl Shannen Doherty and his sex tape, One Night in Paris, with costar Paris Hilton.

Interestingly, TMZ reports that Rick recently won $2.8 million in the World Series of Poker Big One for One Drop. Likely there will be a battle for a split on those earnings as Pam has long been beleaguered with financial woes and could likely want to come out with something positive from the marriage. Let’s hope these two part ways for good this time.

So, CDLers, did you see this one coming? Weigh in below.