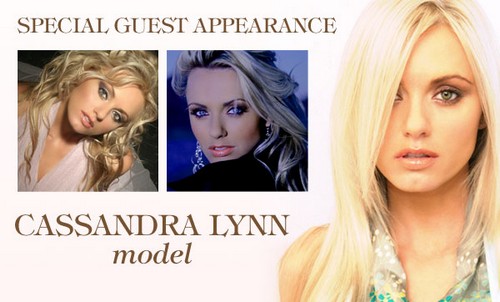 Cassandra Lynn Hensley, a Playboy playmate, was found dead in her friend’s house in Los Angeles on Wednesday morning. According to TMZ, nothing’s been ruled out by the cops, although they’re currently investigating the death as an overdose.

Apparently, Cassandra was found by her friend floating in a bathtub, and when the friend called the paramedics, they reported it as an OD. Unfortunately, Cassandra couldn’t be revived upon the paramedics’ arrival, but then again, who knows how long she was dead before her friend found her. Even if it was only a few minutes, that’s too much time passed when the drugs have made their way into the person’s system. The situation is eerily reminiscent of the way many other celebrities have OD’d and died, especially when you look at how many die in their bathrooms or on their beds.

Also, as much as it sucks to stereotype, Playboy playmates do have very easy access to drugs, and an almost unlimited bank account to purchase them. They don’t really have accountability or responsibilities, and their sole job in life is to look hot and party. Of course, with that kind of lifestyle, anyone can get hooked and OD, and I’m actually surprised it doesn’t happen more often.

Cassandra’s family and friends have yet to release statements on her death, although the other playmates are surely devastated by this news. However, the death didn’t take place at the Playboy Mansion, which means that they’ve closely avoided another encounter with the law.

Cassandra’s last tweet read, “Unspoken obligations prevent you from doing what you wish today … No matter what you do now, you might not feel completely fulfilled. Working harder isn’t the answer, but neither is escape.” Especially tragic, when you consider what happened.