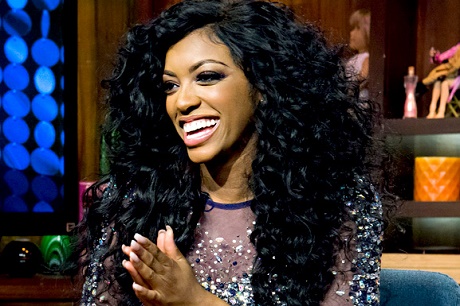 Fans of Real Housewives of Atlanta star Porsha Williams are probably feeling pretty salty right about now since she was fired. The popular franchise has snatched Porsha’s peach right out of her hand, demoting her role down to a friendship capacity. Sadly, it seems as though Porsha had no idea this was coming down the pipe and she released this official statement from her new job over at Dish Nation.

“This is not an easy time for me right now, but I want let everyone to know that I loved being a ‘Housewife’ on The Real Housewives of Atlanta, and I am thankful for Bravo for the opportunity but it’s not goodbye, you will see me on the show throughout the season sharing and bonding with the other women and I promise to stay connected with my fans as I start an exciting new time in my life.

After a long season of filming, and giving my all, I was blindsided by the announcement from the network that I was demoted from ‘Housewife Status,’ but would remain on the show in a ‘Friend’ capacity.

Unfortunately, I can only be PORSHA, and portraying anything else, would not be genuine nor honest. This moment is bittersweet, but God has been so amazing to me, and I think this is a perfect time for me to spread my wings, and finally focus on all of my upcoming projects.

In addition to having my recurring role on RHOA, I will be able to focus my attention on my career as an Entertainment Correspondent on DISH NATION on the Fox Network, recording my album, building my businesses, and taking baby steps towards nurturing my relationship with my new love!!!

Porsha continues, adding the following to her statement: This is the beginning of a new chapter in my life, and I will be giving my fans & supporters another chance to watch my growth as I take on the world in my own special way very soon!! I am so Thankful for all that #TEAMPORSHA does to keep me INSPIRED every day! Stay Tuned…

Wow. Poor Porsha! Granted, she came off as the most boring housewife to me personally by far. It is just difficult not to empathize with the girl, especially knowing that she had filmed for season 7 with the expectation that she would still clutch that coveted peach. It is unclear why RHOA decided to pull the plug on Porsha.

Some whispers suggest that producers felt like Porsha wasn’t revealing enough of the real juicy happenings going on in her life for the show but, instead, portraying a crafted public persona instead. This is not a difficult rumor to believe; in fact it seems right on par. (side bar: Kenya Moore is probably somewhere twirling with delight that her arch nemesis has been booted.)

At any rate, RHOA has released the official trailer for season 7 and it promises to be quite a show. Asides from seeing random clips of mini drama going on between ALL the ladies, we catch a glimpse of an emotional marital confrontation between Phaedra and Apollo. Porsha losing that peach certainly won’t stop me from tuning in. How about you? Please help us wash this load out by sharing your thoughts in the comments section below.