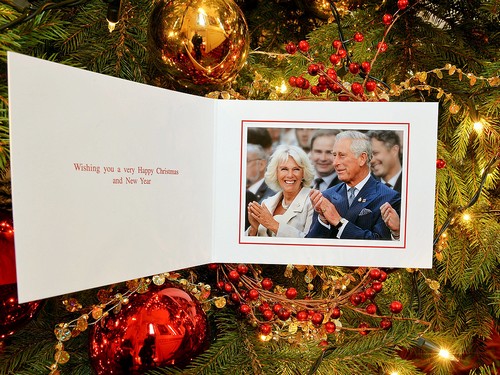 Prince Charles, probably due to Camilla Parker-Bowles’ influence, continues to snub Prince William and Kate Middleton, whether intentionally or unintentionally. The photo that Prince Charles and Camilla Parker-Bowles chose for their holiday card was actually taken from the opening ceremony of Prince Harry’s Invictus Games. This was the event that Charles and Camilla attended with Prince William, although Kate Middleton was missing because she was still recovering from her morning sickness.

What’s interesting to note is that this kind of Holiday card goes through several iterations before going out to the public. The royal press office would have to approve, the personal press office would have to approve, Charles’ own team would have to approve, and the entire thing would be looked over and nitpicked to death. That means that Charles and Camilla – and everyone else who went over this card – had to have known that there’s a very special significance to this card, and that’s Prince Charles paying notice to Prince Harry. Now, you could go, ‘awww, isn’t that cute?’ Or you could realize that it’s actually a snub against Prince William and Kate Middleton, who are technically next in line to the throne? If Charles was indirectly honoring a son, shouldn’t he be honoring Will?

But of course, there’s years of complicated history between the royals, especially Prince Charles, Prince William, Camilla Parker-Bowles, and Kate Middleton. There are feuds, there are unspoken words, and there are hard feelings, although most of this isn’t made clear to the public unless you’re a royal aficionado. But trust me, even if he doesn’t show it, this is going to affect Prince William – and to a lesser degree, Kate Middleton.

Don’t you guys agree? Or do you think it was just a coincidence that the photo was from Prince Harry’s event, and not any of Prince William’s or Kate Middleton’s events? Let us know your thoughts in the comments below. 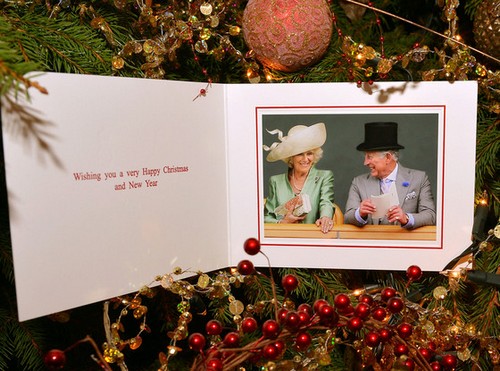