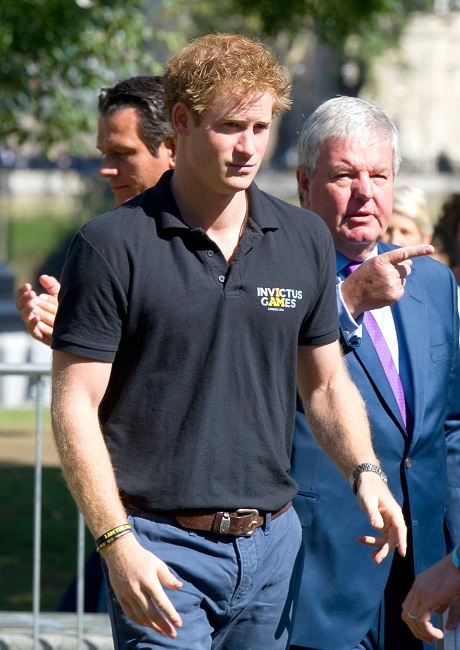 Prince Harry and Camilla Thurlow have now entered the ‘taking vacations together’ phase of their relationship, which means that it’s progressing much quicker than Harry’s relationship with Cressida Bonas ever did.

Does that come as a surprise to anyone? Camilla’s far more suited to joining the royal family than Cressida ever was, and as far as we know, she’s not harboring a secret desire to become a movie star. Plus, she’s already engaged with philanthropy and charity, and to top it all off, she even LOOKS like Kate Middleton.

From what we’re hearing, the royals absolutely love Camilla, and both Kate and Queen Elizabeth think that she’s perfect for Harry. And Harry? Well, according to reports, he’s already taken her on a luxury yacht vacation with some of his close friends. Us Weekly‘s source adds, “It’s a sign that he’s really smitten with Camilla that he feels comfortable to invite her away with friends he’s known for years.”

The same source also adds that Harry is very ‘keen’ to settle down and get married, which means that we’re probably going to be hearing engagement bells very soon. In a way, it’s a good thing Harry and Cressida broke up, because their engagement would have ended, sooner or later. Plus, the tension from Cressida’s Isabella Calthorpe connection would have been too much for Kate to handle, which she doesn’t have to deal with in Camilla.

We already know the Queen has signed off on Camilla, and the next step in their courtship will be a sleepover at Kensington Palace. And after that, an engagement would just be the natural movement forward.

What do you guys think? Do you think Harry and Camilla will get engaged soon? Let us know your thoughts in the comments below.