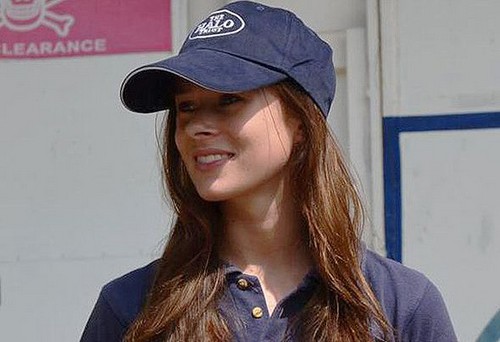 Prince Harry is dating Camilla Thurlow, and is expected to get engaged to the Kate Middleton look-alike! Prince Harry and Camilla Thurlow are currently on vacation in St Tropez with wealthy friends (does a prince have poor friends?) and are expected back in the UK by the end of the week. Prince Harry’s about to turn 30 years old, and the pressure to settle down, get married, and have kids is probably increasing – especially from his ailing grandmother, Queen Elizabeth. The Queen is 88 years old, and she’s not getting any younger. And while she doesn’t have any pressing health concerns, it’s not like she’s going to start aging backwards. Don’t you think she’ll want to see her grandson get married and have kids before she dies?

It’s probably one of the reasons that Harry’s been engaging in so many serious relationships lately. Remember him a few years ago? He would have so many trysts with so many different people that it would be difficult keeping track of his love life, never mind dealing with actual engagement rumors. But for the past two years, he’s managed to keep a fairly respectable public profile with women, dating Cressida Bonas for a long time and even entertaining the notion of settling down with her. However, Cressida turned out to have other plans, and she refused to put her movie star ambitions behind becoming Harry’s wife.

So Harry and Cressida broke up, and Harry was back to square one. Except since he’s a prince, he more or less had a new girlfriend immediately. As I’ve said before, Camilla Thurlow is significantly more suitable for Harry than any of his previous girlfriends, apart from the fact that she looks exactly like Kate Middleton and shares a name with Camilla Parker-Bowles, not exactly anyone’s favorite person in the world.

But even with all that, Camilla’s actually the type of do-gooder philanthropist that Harry should settle down with. She’s gorgeous, she’s not fame-whorey [so far], she keeps a low profile, and she’s already interested in charity. All the requirements of becoming a royal, with none of the drama of his ex-girlfriends. That’s why we hear that the announcement that Prince Harry and Camilla Thurlow are engaged could come by Christmas this year. I expect an official engagement is just months away and the Queen will have given her blessing, loud and clear. Let’s just hope that Camilla also doesn’t come down with a bad case of oops-I-just-realized-I-want-to-be-an-actress-too.