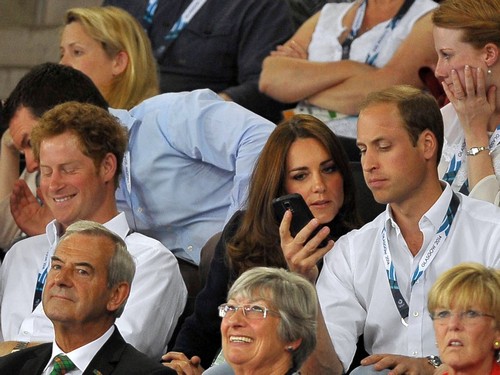 While Prince Harry is known for his crazy antics there always seems to be a bit of charm about him. There has to be a reason that women, including Kate Middleton, gravitate towards him- aside from the fact that he is royalty- right? His most recent relationship with Cressida Bonas may have ultimately fizzled, but in his time with her Harry seemed to grow up and into more of a gentleman. According to the Aug. 11th print edition of Star Magazine if you’re fortunate enough to spend an evening with Harry you’re in for a surprise.

Sources say that Prince Harry is incredibly considerate and is charming enough to act interested in his date even if it’s not a love connection. While we all have a bit of a clue about Harry’s life, he is equally interested in the life of any woman that he takes out. He knows how to communicate and listens intently. You can also expect flowers and a kiss from the notorious prince.

So now we know how Harry has managed to get himself into trouble without Queen Elizabeth permanently banishing him! He is likely the guy that is too charming and adorable to stay angry with for very long. My guess is that it’s his considerate nature that has endeared him to Kate Middleton too. She seems to be very choosy in who she allows to play an active part in her life and we often see Harry with Kate and Prince William.

It’s kind of nice to hear of Harry’s gentler side since that is no doubt what keeps women like Cressida Bonas on the hook for a year or two. You can almost see Harry causing a bit of trouble and his humble side totally getting him off the hook with Queen Elizabeth, can’t you? Do you think that Harry has settled into his life more now and is really ready to settle down with the right woman or will he remain a playboy? Tell us your thoughts in the comments below!