Prince Harry Smiles And Poses Proudly Over The Water Buffalo He Shot And Killed: Sincere Conservationist Or Hypocrite? (PHOTO) 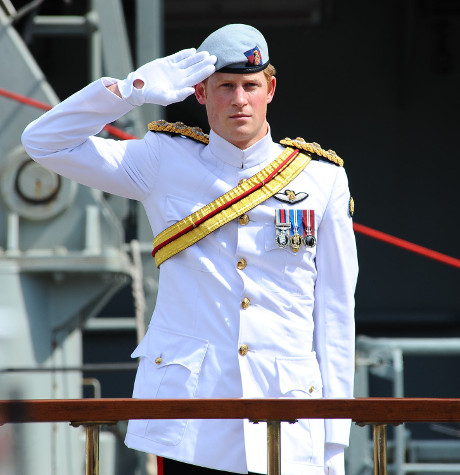 Prince Harry, who considers himself to be a conservationist (as does his bro, Prince William), has found himself in a bit of hot water recently. A picture of Harry, featuring the young prince smiling and posing over a water buffalo that he shot and killed, has begun making its way around the web again — just days after he made an appearance alongside his brother at an anti-poaching conference discussing issues surrounding illegal wildlife trade. The picture was taken in 2004 and, while it’s been in the media for a while, this is the first time it’s been published in the UK media. It’s causing quite a stir.

The Daily Beast reports, “Water buffalo are not a protected species in South America, where the picture was taken, and the big game hunt was entirely legal. However that is unlikely to count for much in the court of public opinion, where Harry and William are also under pressure for participating in a wild boar hunt in Spain the weekend before their new wildlife appeal was launched.”

When the picture was taken, Harry was 20 years old and dating Chelsy Davy. The royals’s continued instances of hunting (and similar activities) might breeze by some people; however, many animal rights activists have long wondered . . . are these “royal conservationists” hypocrites that don’t sincerely care for the causes they’re constantly promoting?

We’ll let you decide. Leave your thoughts in the comments section below after checking out the Prince Harry Water Buffalo pic: 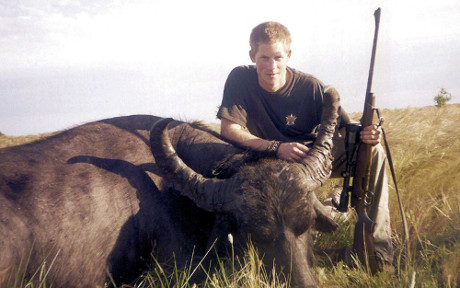