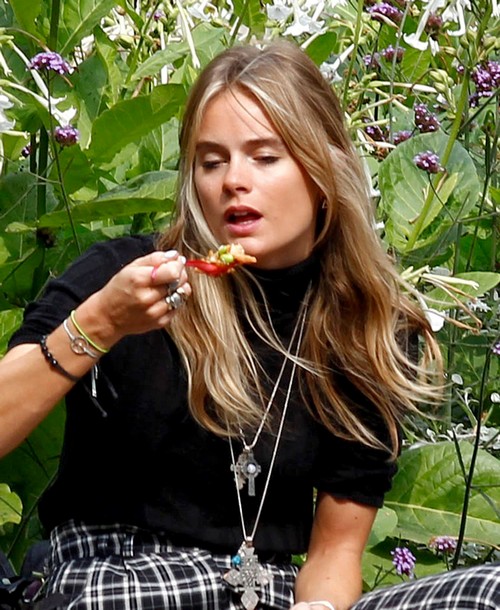 So many questions! First thing first, let’s revisit some Harry and Cressida history to try make sense of this ‘reunion’. As we know, they broke up a few months ago on supposedly amicable terms, largely because Cressida didn’t want to become a royal. In other words, she wanted to become a big movie star and she wouldn’t have been able to do that as Harry’s wife. And in Harry’s world, if you don’t marry him, you better be ready to dump him.

Now, that doesn’t mean that Cressida and Harry stopped having feelings for each other, just that they were forced to break up due to royal pressure. But would Harry be willing to put any feelings he still had for Cressida above his new relationship with Camilla Thurlow?

Seriously Harry, look at your life, look at your choices! Camilla is not only a much better match for Harry in every single way, but she actually has the approval of the royal family. Is he going to throw that all away for a fling with his ex-girlfriend? Seriously?

Let’s just say that this wasn’t a reconciliation, but rather an outing between old friends. In that scenario, I can’t imagine Camilla Thurlow will react all that well to this news. Does anyone ever feel happy that their significant other is going out on secret dates with their ex? It’s not like he was open about it – he wore a cap and hid from everyone around him!

Besides, Cressida did turn up at the Invictus Games last week, which was spearheaded by Harry. Coincidence? After this date, I think not. One thing for sure is that if Cressida wants Harry back and to be a princess she will be forced to relinquish her Hollywood ambitions.

What do you guys think about Cressida and Harry getting back together? Let us know your thoughts in the comments below.

British socialite and dancer Cressida Bonas eats lunch with a friend on September 18, 2014 in London, England. Reports have suggested that Cressida and her ex Prince Harry may have rekindled their romance, after the two were spotted on a low-key night out at the movies. Cressida, who ended their two year relationship in April, was also spotted at the closing of the Invictus Games, which was spearheaded by Harry, which has lead many to speculate that the pair may be heating up again!