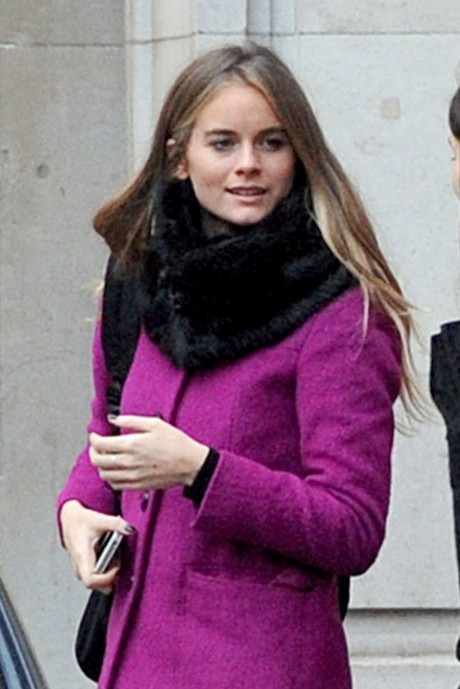 Are Prince Harry and Cressida Bonas about to board that train to Splitsville, which runs year round in the land of glitz and glamour? While some people are firmly rooted in the opinion that the Prince and his girl are perfectly fine, others are reporting that their relationship is not only on the rocks . . . but on the verge of destruction. Fiery destruction. Like, they-don’t-have-much-longer destruction. A source for the Mirror UK reported over the weekend that Prince Harry and Cressida have “drifted apart.” The source also made it clear that whatever talks there are of a wedding between the two is, well, not exactly true.

“Talk of Harry and Cressida getting married could not be further from the truth,” the source reveals. “Indeed it wouldn’t be a surprise if they go their separate ways soon. It is actually Harry who has been moving on. He is incredibly fond of Cressida and loves her company but he has commitments and plans in other areas of his life that could be jeopardised by settling down. It is not what he wants at this time of his life.”

The magazine seems to be latching onto the fact that Cressida didn’t go on a ski trip with Harry; thus, trouble in paradise. However, they were recently spotted together this past weekend beside Princess Eugenie at Jak’s bar in Mayfair, an event which has invalidated the Mirror’s claims in some people’s eyes.

As for marriage, The Daily Beast reports that, while it might be a bit premature to discuss a future wedding, Cressida is definitely Harry’s most serious girlfriend — and there’s a real future there. At least at the moment. Let us know in the comments section below whether or not you believe the rumors of them splitting up.