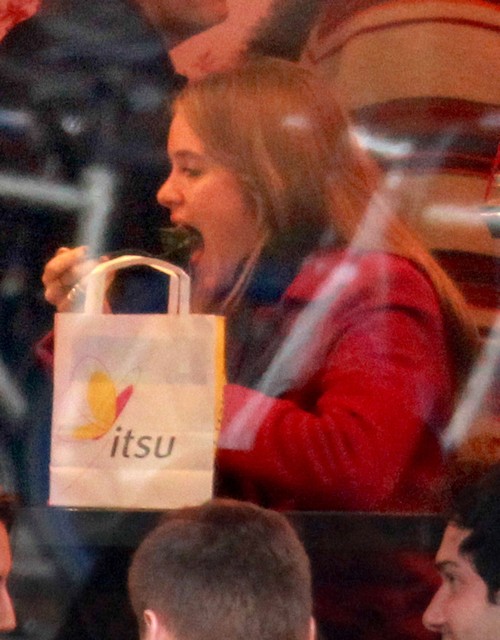 Life & Style Magazine has a new report alleging that the royals have taken it upon themselves to train Cressida Bonas before she becomes a member of their family. And what will she be training in? Well, the how-to-be-a-princess program, of course. It’s as though this story’s straight out of a movie [which I suspect it is – maybe the writers watched a little bit too much Princess Diaries while making this up].

Anyway, the ‘source’ explains that the palace has started putting Cressida through princess ‘boot camp‘ before Prince Harry proposes. Apparently, the palace doesn’t love Cressida’s partying ways [imagine what they would have thought of Chelsy Davy] and they’ve already gotten her to set aside three days a week for this training.

What does this training include? Well, the first is reportedly alcohol abstinence training, which supposedly involves drinking one glass of champagne over an entire evening as opposed to an entire meal. Uh, maybe they should try teaching this class to Prince Harry, instead?

The second facet of training deals with posture practice, which is definitely stolen from Princess Diaries. There shall be ‘no slouching in the royal household’ seems like it’s come straight from 16th century England, and maybe it did. Then, there’s ‘waving endurance exercises‘, once again from the Princess Diaries. Damn, be a little creative, writers!

Oh, here we go. There’s apparently ‘scrunchie burning’ – I didn’t realize there needed to be a class on burning scrunchies. Maybe the skill of taking a piece of cloth and throwing it in the fire is harder than it sounds.

Finally, the program ends with appreciation of high-end clothing brands. I can definitely see that being a requirement, but I don’t know why they would even try to teach Cressida that – growing up in high society has already taught her to have a healthy appreciation of shopping, no doubt.

What do you guys think of this ridiculous ‘boot camp’? Is it just me, or it is as ridiculous as it sounds? No doubt, the royals will put Cressida through an unofficial period of adjustment, where they will give her the details on what is acceptable and not acceptable as an addition to the royal family. But it’s not going to include scrunchie burning and waving endurance exercises.