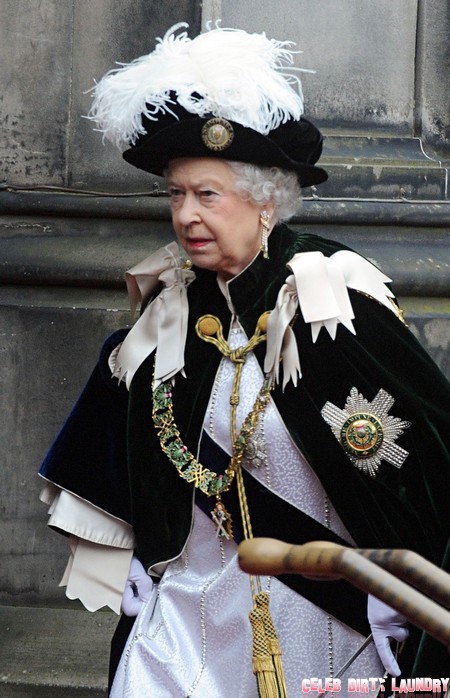 I guess we can’t blame Barbara Walters for trying to snag the interview of her lifetime – a sit down chat with Queen Elizabeth, right? The 84-year old legend let it slip not too long ago that the Queen tops her interview wish list and she really believed that she had a shot at getting it. Walters thought that a televised chat with Elizabeth would be the absolute perfect way to wind down her own illustrious career. Also, the Queen has never actually sat for a television interview and if she opted to do so at this stage in life it would also likely be her only one ever.

According to the Feb. 3rd print edition of GLOBE Magazine Walters people approached Elizabeth’s staff to officially request and interview and the result was a nice, big snub. The Queen apparently doesn’t see much value in television ever and certainly doesn’t want to sit for any sort of interview. She has never done it before, so why start now seems to be her thinking. Also, when Elizabeth was told that Walters was requesting her time she wasn’t sure exactly who the reporter was or why she should want to talk to her!

Upon hearing that Walters was totally offended. Obviously her journalistic track record more than stands on its own and she was stunned by the notion that Elizabeth wasn’t even familiar with her. Are you disappointed that the queen won’t sit for an interview and finally speak on the record? With her failing health the chance to speak with Walters was kind of seen as a last opportunity to speak to the public about whatever she felt like they should know. Should she reconsider the offer? Tell us your thoughts in the comments below!