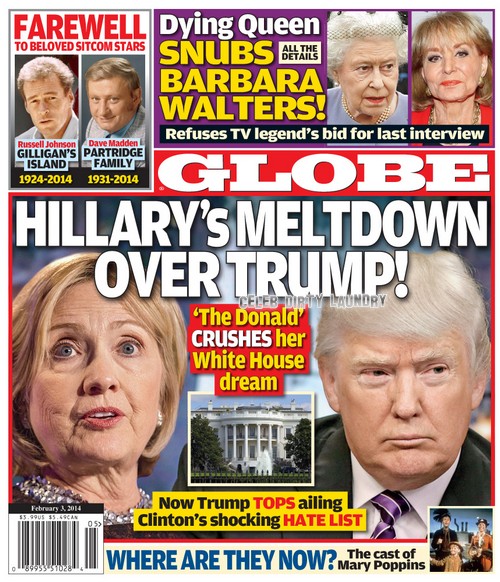 We have been telling you for months now that Queen Elizabeth’s health is clearly declining. Aside from nearly crippling sciatica she also has had heart problems that seem to simply be connected to old age. Her body is beginning to shut down and in recent months we have watched as other members of the royal family such as Prince Charles and Prince William have stepped up to take over more royal duties. My guess is that just about any reporter would love the opportunity to sit down with Elizabeth at this stage in her life. She has so much to reflect on, stories to share and it would be interesting to hear what her hopes are for the monarchy long after she is gone.

According to the Feb. 3rd print edition of GLOBE Magazine Barbara Walters was really hoping to have a chance to sit down with Elizabeth. I guess since her career is also winding down she likely figured scoring an interview – maybe the last interview- with Elizabeth would be an incredible coup. Unfortunately it is an opportunity that the Queen isn’t interested in at all. She denied Walters’ request leaving the legendary reporter to feel completely snubbed and put off. No doubt Walters is now wondering who will get that final interview instead of her!

Every issue of GLOBE dips its toe into some sort of political scandal and this time around they are exposing details on the latest spat between Hillary Clinton and Donald Trump. Supposedly he is attempting to crush her dream of making a solid dash for the White House in 2016 so you’ll want to grab the Feb. 3rd issue for all of the details.

Fans of Gilligan’s Island and The Partridge Family were both saddened to learn of the death’s of two beloved actors late last week. Dave Madden and Russell Johnson were both beloved actors that found even more fame when their shows became syndicated. Several generations were introduced to The Professor and Reuben Kincaid and that’s why the loss of both is so big.

Grab a copy of the Feb. 3rd print edition of GLOBE Magazine for a tribute to both actors. In the meantime, do you think Queen Elizabeth will grant a “last” interview to anyone at all? If she does, my bet is that it won’t be to an American, right? Will Hillary and Donald duke it out in the media? These and other questions will be masterfully addressed in this week’s GLOBE. I’ll be sitting down with my copy shortly and I know I’ll get the inside story on all the issues that matter to me!