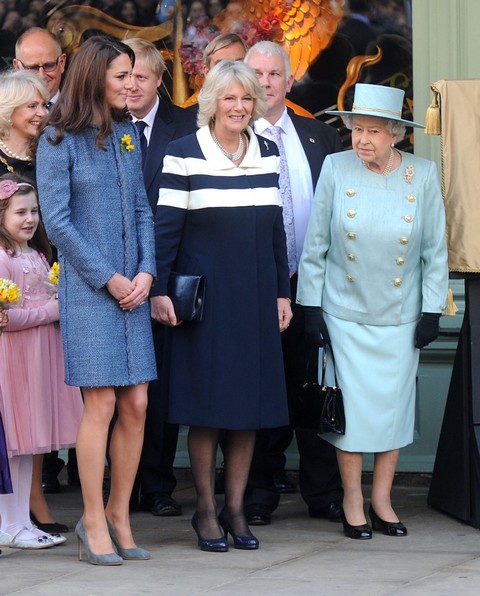 Queen Elizabeth is fading fast, but she seems determined to carry out her reign as the Queen of England for as long as physically possible. Despite her mounting health problems, the 87 year old Queen is still conducting royal business. Her son Prince Charles has been eagerly waiting his turn to take over the royal reigns for years now, and with the Queen’s health deteriorating it seems she has finally given in to her son’s pressures. How long can an 87 year old woman with heart problems really fight off her son Charles’s bullying tactics?

Although no one seems to want Prince Charles to take over his mother’s throne (even his own mother), it is beginning to look like the transfer of power will be unavoidable. The ailing Queen seems to be no match for Prince Charles and Camilla Parker-Bowles‘ overly aggressive desire to be crowned the King and Queen of England.

The real question now is how will the people of England react when the job-share goes into effect and they realize that Prince William and Kate Middleton, the popular choices for the throne, have been left out.