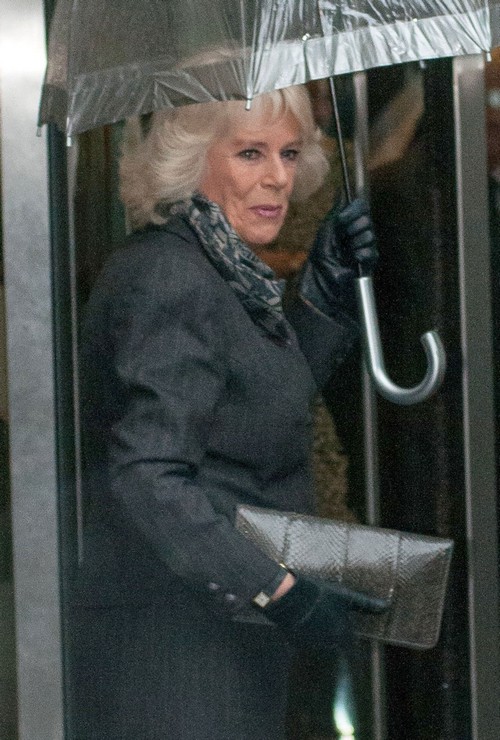 Camilla Parker Bowles has been trying to control the royal family for months now. It’s no secret that she has forced Prince Charles to fight for his birthright – his place on the throne – even though he would have been content letting Prince William rule instead. If he doesn’t at least go through the motions Camilla has threatened to expose Charles’ closet full of dirty secrets. In order to stay quiet she has asked for $350 million dollars. In her mind Camilla will either rule England as Queen or she will walk away filthy rich.

According to the March 10th print edition of GLOBE Magazine Queen Elizabeth not only has no intention of wasting that kind of money on Cami but she also doesn’t have it. She recently told her to either suck it up and stay married or to just go quietly. It was recently revealed that the royal family has been spending out of control while neglecting some of their palaces. Supposedly the roof at Buckingham Palace is so bad that when it rains the staff has to run to find buckets to catch all of the rain coming through the ceiling. The boilers in the royal residence haven’t been replaced in 60 years either and yet these things are on hold because Elizabeth feels that they aren’t in the current budget!

So it seems highly unlikely that Camilla is going to get a dime out of The Queen but that isn’t stopping her from bragging to her friends that a wind fall is around the corner. She gets sick at the idea of having to bow to Kate Middleton and she keeps telling her cronies that if that day comes it’s going to cost the family in a big way. Do you think that they will cave and pay off Camilla? If not will she air Charles’ dirty laundry in a tell-all as promised and get rich that way? Tell us your thoughts in the comments below!