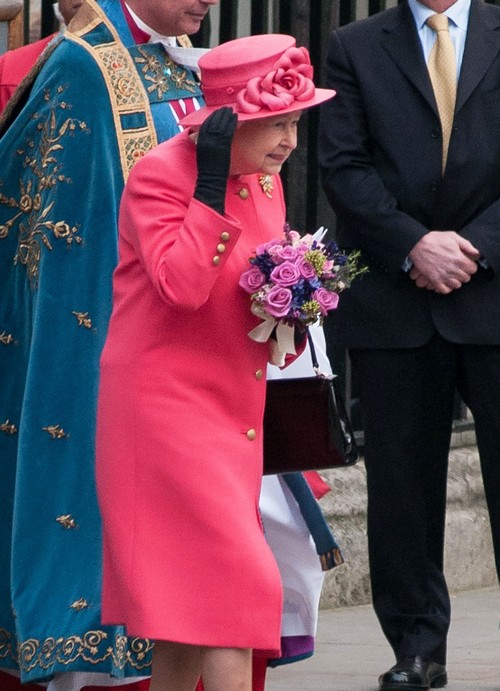 I guess after all of these years Prince Charles is pretty used to Camilla Parker-Bowles’ wrath but I have to think that nothing in the past even begins to compare to what he has felt being hurled his way lately. Late last year Cami began throwing down the gauntlet and demanding a $350 million divorce pay-off from the royals. Basically it would amount to hush money because Camilla claims that she has loads of dirt on Charles about his gay exploits and God knows what else. She figures if the royal family isn’t willing to pay her hefty price tag then a tell-all book may be worth just as much.

Queen Elizabeth recently decided to make her decision once and for all and in spite of Charles’ recent steps to look a bit more respectable she still has opted to put Prince William and Kate Middleton on the throne instead of her son and his concubine. According to the March 24th print edition of GLOBE Magazine she has already set a Coronation date for June 2015. Apparently Charles is okay with this decision as he has never really welcomed the huge responsibility that comes with being king but Camilla is a different story. Sources say that realizing she’ll never be Queen has hit good old Cami like a ton of bricks. She cannot believe that Elizabeth would choose to bypass her own son and perhaps more importantly, she is furious that Charles refuses to fight for his birthright.

Of course this means that Camilla has been downing bottles of wine and her favorite flask of gin is constantly being refilled. Once the blinding rage passes my guess is that Camilla will be ready to make the royal family pay for overlooking her. This chick is the definition of entitlement and she totally believes that she deserves to be queen. Do you think that the family will ultimately buy her silence? Tell us your thoughts in the comments below!