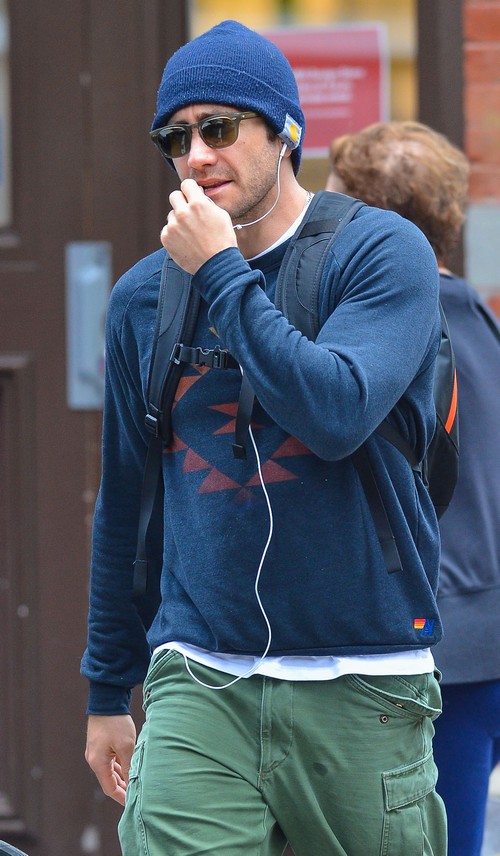 Now that McGosling is dead forever, fans are free to move on from shipping Ryan Gosling and Rachel McAdams. It’s just as well, because recent reports have all been hinting at Rachel dating Jake Gyllenhaal, her co-star on her new movie Southpaw.

US Weekly recently posted an article about Rachel and Ryan partying together at the wrap party for the movie, where they were dancing, did some shots, and sat together in the corner. Nothing too scandalous, no, but it’s notable that US Weekly reported on this at all. Even if they don’t suggest that Rachel and Jake are dating anywhere in the article, the fact that they even posted it insinuates that there’s something going on that we should be aware of.

Of course, last we heard Rachel was in a relationship with some civilian and Jake was dating a model, Alyssa Miller. Clearly, neither of those relationships lasted – especially if sources close to Jake and Rachel continue leaking infromation about their growing bond.

The thing is, neither Rachel nor Jake will be working together every day after this. Sure, they could collaborate in the future, but one of the reasons for all these rumors is because they were spending so much time together. Why do you think affairs are so commonplace on movie sets? The actors are away from their significant others for a long period of time, and they get lonely. The same could have happened with Jake and Rachel, but they were already friends before they shot this movie together. Their relationship could have just evolved from there, and in all honesty, they’re extremely attractive people with a lot of talent and a good sense of humor about the industry. I’m surprised it even took this long for them to get together – if they are, in fact, together.