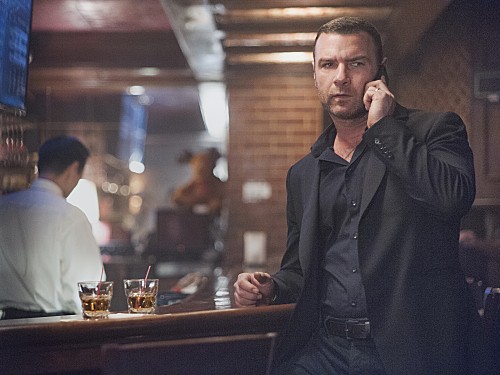 Tonight on Showtime their new drama RAY DONOVAN continues with an all new season 3 episode called, “Gem and Loan.”  On tonight’s show Ray and Abby face a hurdle to getting Bridget into her dream school.

On the last episode Ray forced Mickey to return to Los Angeles, where the city’s FBI chief put Mickey on parole, and took full credit for finding and shooting Sully Sullivan. Meanwhile, a Boston reporter investigated Sully’s death; and Ray got a new, tougher parole officer to take over Mickey’s case. Did you watch the last episode? If you missed it we have a full and detailed recap, right here for you.

On tonight’s episode Ray and Abby face a big hurdle when they try to get their daughter Bridget into her dream school, Belair.  Ray is willing to do whatever it takes to get her enrolled.  A reporter is sniffing around looking into Sully’s death.

Tonight’s third episode of season two looks like it going to be great and you won’t want to miss it. So be sure to tune in for our live coverage of Showtimes’s Ray Donovan tonight at 10PM EST! While you wait for our recap check out the sneak peek video below of tonight’s episode!

RECAP: We see Mickey washing dishes in a Mexican restaurant and he is pissed. Ray and Abby are at the school Bridget and she tells her dad that she took the chance because she wanted to change schools. The school’s rep tells them that Bridget belongs at Belair Academy because of her high grades.

Abby is pissed that Bridget is banned from Belair Academy because she belongs there. Ray tells her that this is his side of the street and he is going to take care of it. Ray is alone with Bridget and she tells him that she really wants to go to Belair; she asks him what would happen if they found out she got busted for pot, he said she didn’t.

Kate doesn’t want to give up on getting an interview with Mickey and keeps digging.

Cochran calls Ray and tells him to get right in, Ray says he is busy, Cochran says that if he doesn’t get in he will have the Swat team all over his family. Ray goes in and tells him that if he ever threatens his family again, he will kill him. Cochran tells him about Kate and the questions she has been asking.

Ray goes to see Stu and tells him that he wants his daughter to go to Belair, Stu tells him to hook him up with Lexy Steele and consider it done.

Mickey takes a break and goes outside, his parole officer is there.

Claudette calls Mickey and tells him that she needs to meet him. His parole officer overhears the conversation and tells him to meet Claudette at his house and get back to work.

Abby is so happy that Bridget aced the test and is going to Belair Academy; she tells Deb all about it.

Avi calls Ray and tells him that he just seen Kate walk into the club. Kate sees Terry and starts a conversation with him, she tells him that she is working on a book about Sully Sullivan and wants to see Mickey. Terry tells her that he has no idea where she is  and if she wants to train, she will have to pay $20.

Ray goes to see Stu and tells him that it is not going to happen, Lexy only has sex with professionals. Stu says that he is going to handle this on his own, Ray tells him that these are dangerous people; Stu tells Ray that he hopes his daughter enjoys public school.

Kate is outside the club and car is blocked in, Ray walks up and tells her to go back in the club and they will figure it out.

Mickey is getting ready for his date with Claudette and gets Shorty to strap the monitor his parole officer gave him to his leg so Mickey can do what he wants.

At the club, Ray asks Terry if he taked to Kate, he says she mentioned a book and he told her nothing. Ray goes into the office and tells Kate that her car should be unblocked soon. He then asks her about the book she is writing, she tells him that she came to LA to find out more about Sully and would like to speak to Mickey. Kate is really close to Ray and he is nervous, asks her why she is standing so close to him, she says it is something she learned in journalism school.

Mickey has a problem, his parole officer walks in and asks if he thinks he is a moron. Mickey says it is a good question, the officer checks for the monitor and finds that Mickey doesn’t have it on, Shorty walks in with it and says he was trying to fix it. Mickey pleas with the officer and tells him that he has to see Claudette. Mickey calls Claudette and tells her there is a change of plans, she insists on seeing him and tells him she wants to go to his address.

Ray walks out Kate, he tells her her father is a tired old con and wants her to give him a break.

Lexy and her husband have Stu tied to a chair, he calls Ray and begs him to help him out, in return he will get Bridget into Belair. Ray has to go to Stu’s safe and get 200k to get him out of this.

Ray arrives to get Stu, he brings the 200k but before he gives it to the husband, Ray punches him in the nose. The guy starts counting the money and Ray tells him that he doesn’t want it, it will only make him a kidnapper and his wife a whore. Ray leaves with the money, tells Lena to take Stu back to the studio. Ray is keeping the money to put Bridget through the private school.

Kate is watching a movie, she sees that Mickey Donovan was a consultant on the movie; she calls the movie company to get a current address of Mickey.

Mickey is still shackled and he is now scrubbing the floors.

The parole officer finds out that someone was asking for Mickey’s address  and he calls Ray who tells him to get Mickey out of there fast.

Marvin goes to see Bridget, he tells her that he misses her.

Kate arrives at Mickey’s place, Ray is there and tells her that his father is not returning. Kate asks Ray what he is so afraid of, he asks her if she wants to go get a drink.

Thanks to Kate trying to see Mickey, he gets his wish in meeting with Claudette, the love of his life.

Ray gets a call from Cochran, he wants to know when Kate is going back to Boston and why they are on a date.

Ray and Kate talk, he gives her a little bit about Sully. Kate tells Ray that she is going nowhere because there is a story here, otherwise he and Cochran would not trying to stop her from speaking to Mickey and Frank.

Marvin and Bridgette are parked and making out, she then asks him what Japan was like. Marvin says it was wild.

Abby is home, she finds nobody is home. Abby prepares herself a drink, while Ray is still at a restaurant with Kate who is now asking him questions about his family. He tells her that his daughter just got into the best private school in Los Angeles. Kate tells Ray that the FBI said Sully was there for six months and it is not true, they are hiding something. Then she tells Ray, he is hiding something as well. They both call each other real pissers.