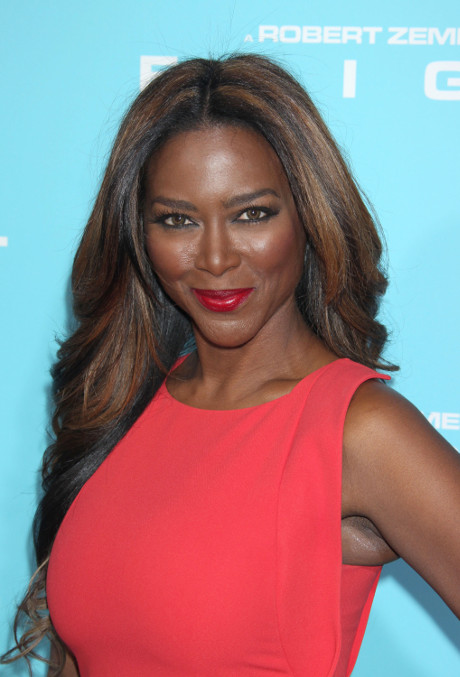 The worst masquerade ball/charity event in history keeps delivering drama. Everybody is taking off their masks and showing their true colors. Real Housewives of Atlanta star Kenya Moore was recently accused of not donating any of the proceeds raised at her event to the designated charity. However, it seems the Saving Our Daughters organization is just as shady as Kenya. RadarOnline is reporting the charity is not even a charity. The IRS revoked the organization’s tax-exempt status because they have not filed taxes since 2009.

In case you missed it, the drama all began on the latest episode of The Real Housewives of Atlanta. Kenya Moore hosted a charity for Saving Our Daughters. The event was also in NeNe Leakes’s honor because she has been a long-term supporter of the charity. However, NeNe was unaware of this, as was the founder and CEO of Saving Our Daughters, Curtis Benjamin. Saving Our Daughters was not directly involved with the event and Curtis even wrote a lengthy message on their official website about the situation and claimed they never received any donations from the event. This message has since been taken down.

Now, it’s not just Kenya who’s under fire. Saving Our Daughters is also being exposed. The IRS revoked the organization tax-exempt status in May 2013 because they had not filed a return for three consecutive years. The 2009 return also shows that of the $108,233 in revenue, only $10,000 was used for grants. Radar reports that Curtis’s salary was three times that amount. Only $10,500 out of $84,874 was donated.

The IRS posted Saving Our Daughters’s new status on their official website on Aug. 12, 2013. When a PR firm stopped working with the organization because of the tax issue, Curtis tried to get the firm’s IRS contact to help rectify the situation. The damage was already done. The IRS is preparing to freeze all bank accounts associated with the charity and audit the organization.

Kenya Moore always manages to find herself in the middle of drama. She also has a reputation for being shady and exaggerating the truth. However, this time, she might be the most innocent in this Housewives scandal. Saving Our Daughters tried to throw Kenya under the bus but it completely backfired.

Do you think Kenya kept all of the donations or is Saving Our Daughters doing shady business? Tell us what you think and join the conversation.